Luke Jerram’s multidisciplinary practice involves the creation of sculptures, installations and live arts projects. Living in the UK but working internationally since 1997, Jerram has created a number of extraordinary art projects which have excited and inspired people around the world. In 2022 alone he had 104 exhibitions in 25 different countries, visited by more than two million people.

As well as touring his installations, his artworks are in over 50 permanent collections around the world including the Metropolitan Museum of Art in New York and the Wellcome Collection in London.

Luke Jerram has been given honorary doctorates from the University of Bristol in 2020 and University of Gloucestershire in 2022. He was made an Honorary Academician of the RWA and Fellow of The Royal Astronomical Society in 2020.

In 2019 he set up and funded both the Dreamtime Fellowship to support recent graduates in his home city of Bristol and the Bristol Schools Arts Fund to support secondary schools impacted by austerity.

His artwork the Museum of the Moon is one of Luke’s most successful arts projects that has caught the public’s imagination which so far has been presented in different ways, more than 300 times in 30 different countries. With universal appeal, the exhibit has been breaking audience records in venues around the globe. Experienced by more than 20 million people worldwide, the artwork has recently toured India with the British Council, been presented at the Commonwealth Games in Australia, Art Basel in Miami 2020 and exhibited in Aarhus, Denmark for the European Capital of Culture. In 2019 it was presented at Glastonbury Festival and even on BBC’s Strictly Come Dancing in Blackpool. Whilst touring the UK in 2019, 2.1 million people visited the artwork when it was presented at the National History Museum, making it one of the most popular exhibits in the UK that year.

Learning from each artwork and moving on, Jerram is continually re-inventing his arts practice. As his practice is well known yet quite diverse, in 2016 Luke Jerram was described in a Bloomberg documentary as “probably the most famous artist you’ve never heard of“.

Over time, narratives connecting Jerram’s different artworks have emerged and continue to be developed. Published in 2020 the new book Luke Jerram: Art, Science & Play provides a fascinating insight into his evolving practice. With over fifty colour photographs the publication delves into the mind of an artist known for his imaginative ability to combine art, science and play.

Since 2008 his celebrated street pianos installation ‘Play Me, I’m Yours’ has been presented in over 70 cities and been enjoyed by more than 10 million people worldwide. Launched by the French Minister of Culture in Paris and Mayor Bloomberg in NYC, the installation has received press coverage in almost every newspaper and television station around the globe. Luke has installed over 2000 street pianos, but his art project has also been copied by different organisations, creating a global movement of pianos being installed in public places for people to play. The concept has now become part of culture.

In 2014, giant installation Park and Slide made international headline news, creating 500 news stories reaching an estimated 1 billion people worldwide. As a consequence of the success of this artwork, several commercial companies sprung up (not affiliated with Luke Jerram), installing temporary slides in cities of America, Europe and Australia. With the help of Luke’s DIY slide pack, hundreds of thousands of pounds, have also been raised by charities, presenting their own urban slides across the UK.

Jerram’s Glass Microbiology artworks are in museum collections around the world including The Metropolitan Museum of Art (NYC), Shanghai Museum of Glass, Wellcome Collection (London) and Corning Museum of Glass (USA). In 2020 his sculptures of COVID-19, were use extensively worldwide by the press, to communicate the nature of the pandemic.  Jerram’s sculptures are also respected in the scientific community with features in The Lancet, Scientific American, BMJ and on the front cover of Nature Magazine. In 2015 his sculptures were presented alongside the work of Leonardo da Vinci at the Artscience Museum, Singapore. In 2010 Jerram won the coveted Rakow Award for this work and a fellowship at the Museum of Glass, Washington.

Jerram’s ongoing research of perception is fuelled by the fact that he is colour-blind. He studies the qualities of space and perception in extreme locations, from anechoic chambers, to the freezing forests of Lapland and sand dunes of the Sahara desert new ways of seeing emerge from these research field trips. Works such as Retinal Memory Volume, Sky Orchestra and the Impossible Garden have emerged from Jerram exploring the edges of perception. Published in 2009 by The Watershed, ‘Art in Mind’ is a book written by Jerram that tracks much of his early perceptual research.

Many of Jerram’s most successful artworks leave space, for either the public, curators or other artists to be creative. Examples include In Memoriam, Play Me I’m Yours, Museum of the Moon, Park and Slide and Withdrawn. Jerram builds and manages specialist teams of engineers, craftsmen and technicians to help him realise his works. From composers to glassblowers, medieval musicologists to hot air balloonists. In this way, he says “I’m only limited by my imagination in what can be produced. Anything is possible.”

The Sky Orchestra is another critically acclaimed large scale touring project, which grew out of Europe’s largest arts award – a three year NESTA Fellowship. With the Bristol Old Vic, In 2020 he collaborated with musicians of Massive Attack and Portishead, for a performance over Bristol. In 2013 they flew over Derry/Londonderry for UK City of Culture. The Mayor of London and LIFT commissioned Sky Orchestra to fly over London to celebrate a year to go until the London Olympics 2012. In 2007 they launched the Sydney Festival and in 2006 they were commissioned by the RSC and Fierce to fly over Stratford-Upon-Avon.

Jerram has also created unusual gift artworks for his friends and family. In 2006 he made a Talking Engagement Ring for his girlfriend. The ring has his proposal etched onto the outside of it which can be played back using a miniature record player. In 2011, the Talking Ring project was presented at MOMA, Museum of Modern Art, NYC.

In 2008 Luke took part in the live science communication competition, Famelab. Out of 360 competitors from across the UK he got through to the final. Had an artist been crowned the best science communicator in the country, it could have caused some embarrassment. The competition have since changed their entry rules creating a special ‘Luke clause’ stating ‘artists working on science related themes’, may not apply.

Luke often talks about his work on both national and international television and radio as part of the promotion of his exhibitions. See latest press coverage. Luke regularly discusses his work on Radio4’s Front Row. Working with independent production companies to develop projects, in 2020 he was commissioned to make the Palm Temple for a 2 hour television programme for Sky Arts. In 2015, a 30minute television programme was made about his work for Bloomberg television.

In 2000 Jerram taught in war torn Mostar, Bosnia and he continues to lecture both in the UK and abroad. His most notable lectures include those at The European Space Agency, The Banff Centre, ROM – Royal Ontario Museum,  ICA – Institute of Contemporary Art, Corning Museum, Wellcome Collection, Royal Collage of Art, The Ruskin School of Art, University of Washington, Nagoya University.

Luke Jerram lives in Bristol UK with his wife and two children.

Organisations from many different fields have commissioned Luke’s artwork since he began his career. 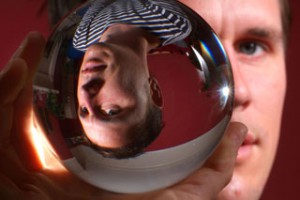 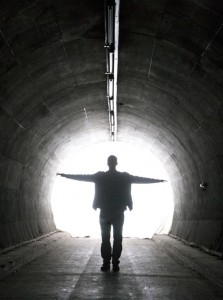