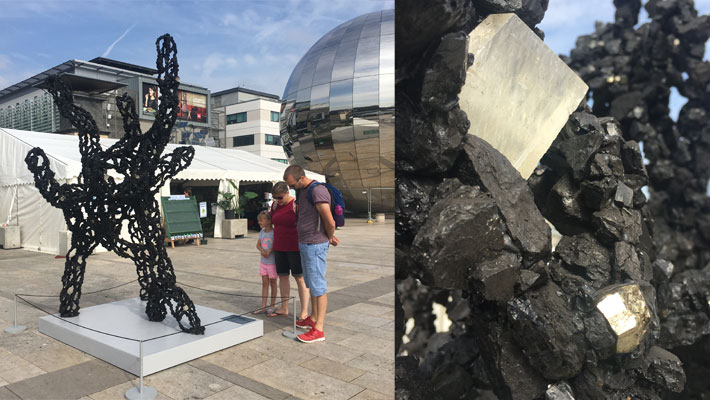 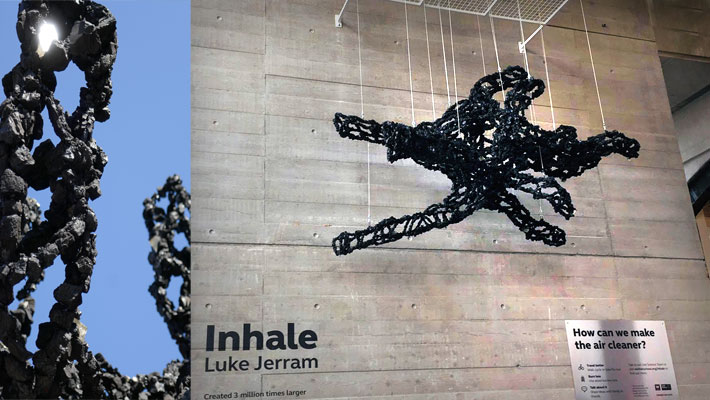 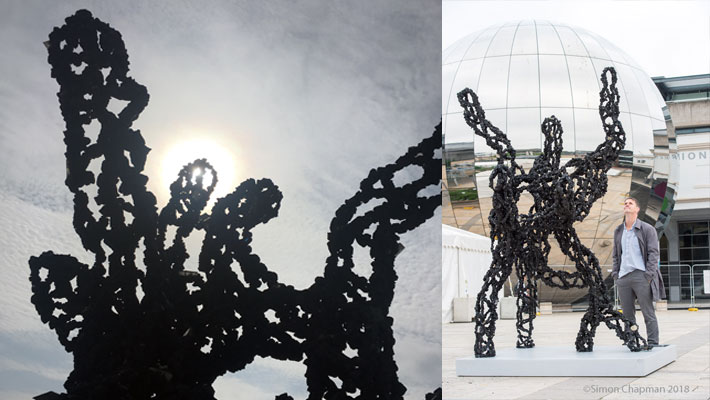 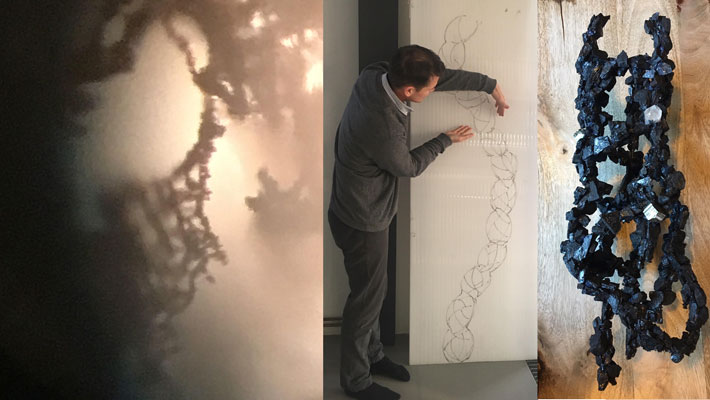 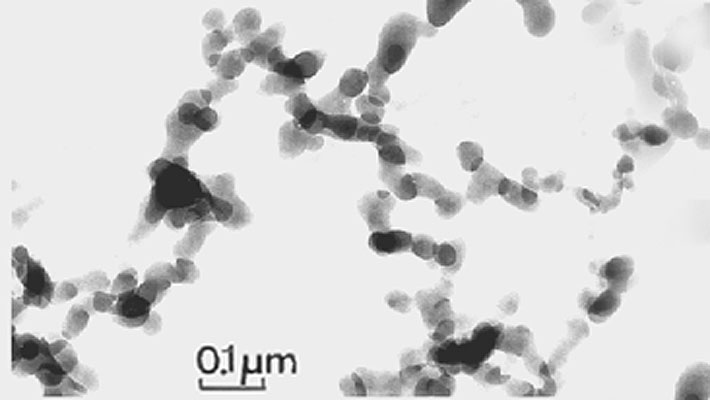 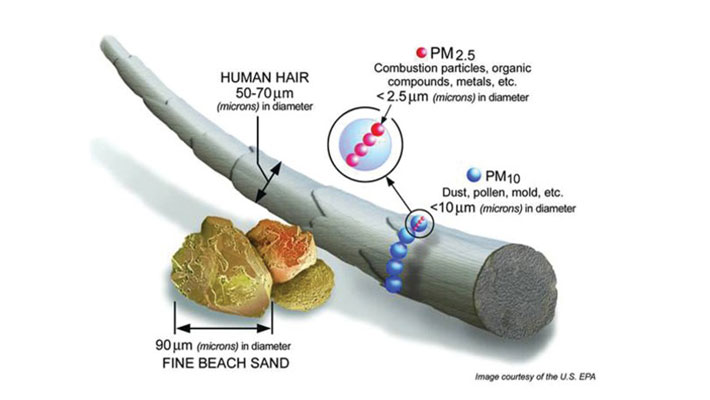 Created 3 million times larger than the real size of a diesel soot particle, the artwork Inhale stands 3m tall. Commissioned in 2018 by UWE Bristol’s Our City Our Health the sculpture fed into citywide discussions around air quality. It was presented multiple times before become part of the permanent collection of WeTheCurious museum.

According to the World Health Organisation, air pollution contributes to 6.5 million deaths globally and more than 80% of people living in urban areas are exposed to air quality levels that exceed WHO guidelines. A significant contributor to air pollution in the UK is the diesel engine.

Luke said “The artwork was in part inspired by the recent VW Diesel scandal and a friend, who’s young child suffers from asthma”.

The four main pollutant emissions from diesel engines are carbon monoxide-CO, hydrocarbons-HC, particulate matter-PM and nitrogen oxides-NOx. Diesel soot particles, emitted from vehicles, are composed primarily of black carbon but also contain other substances, such as metal from brake pads and silicate from the roads.

The diesel soot sculpture will enable the public to ask:

The artwork was first shown at the Bristol Festival of Nature and then in College Green for Clean Air Day. Inhale was then donated to the local science museum, We The Curious for permanent display.

Size of Particles we inhale

The depths to which particulate matter can penetrate our airways are influenced by particle size, breathing patterns and individual lungs. In general, the smaller the particle the further into the lung it will penetrate. Typically, particles with an aerodynamic diameter smaller than 10 μm will be inhaled and be deposited in the upper airway, whilst those with a smaller diameter will typically penetrate progressively further into the lung. Ultrafine particles may also enter the bloodstream.

Our City Our Health is drawing upon research from UPSTREAM and is funded by the Wellcome Trust. To have your say in how Bristol develops head to Shape Our City

Current & Upcoming Exhibitions... (Due to Covid-19, dates may be subject to change)

Play Me I'm Yours