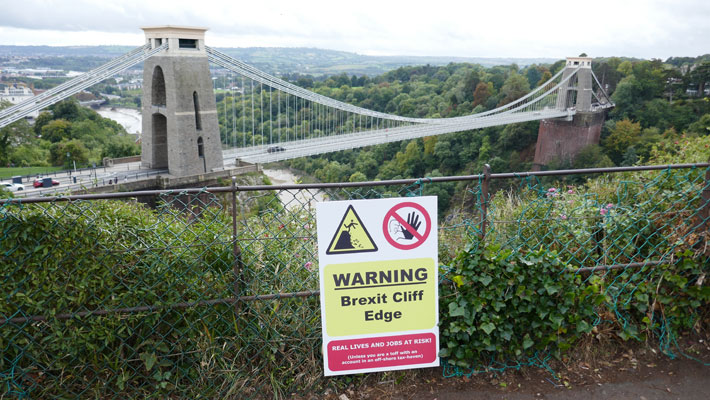 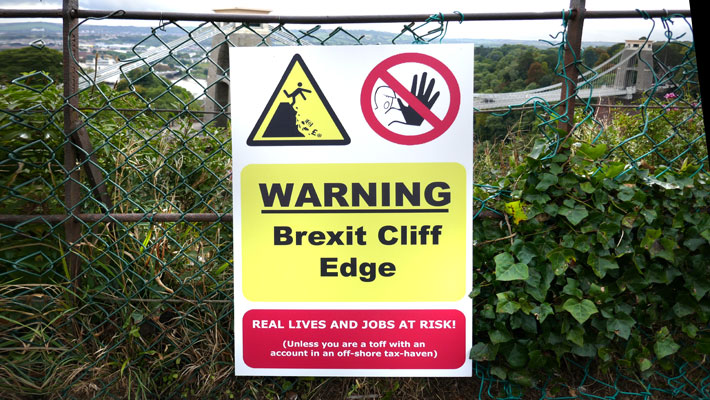 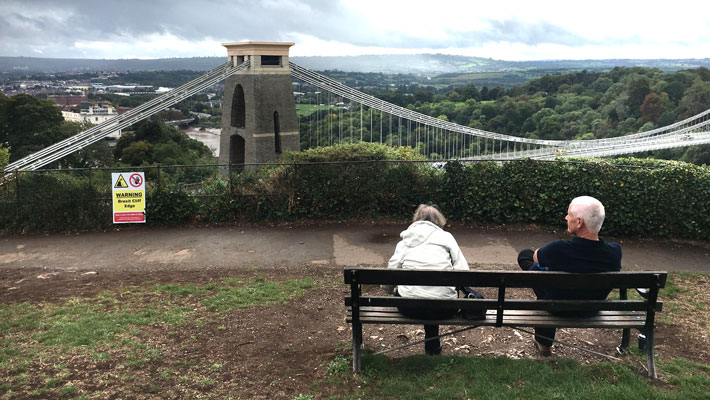 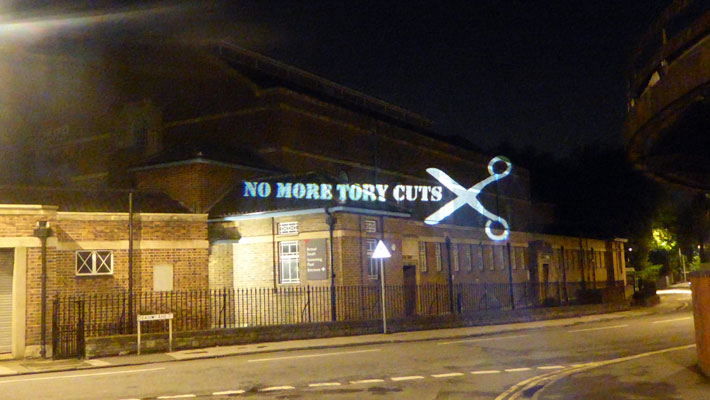 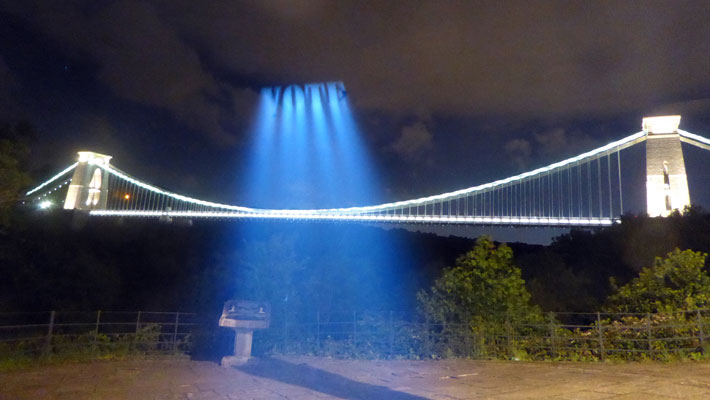 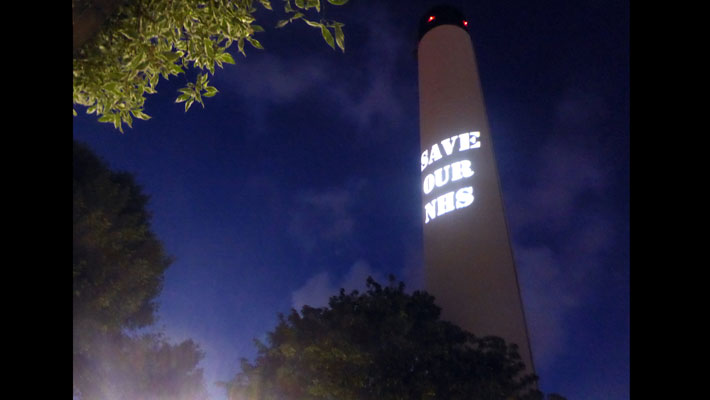 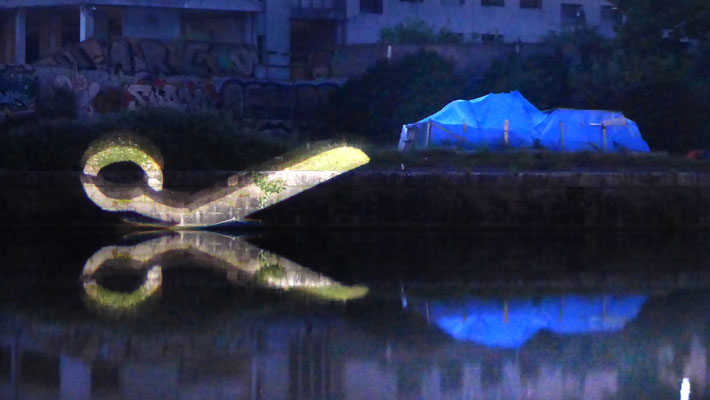 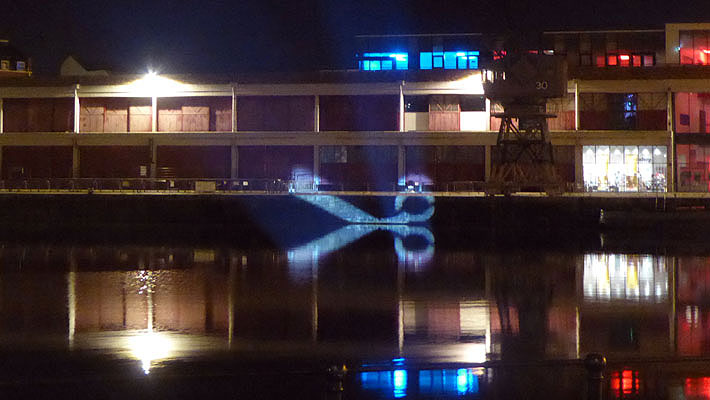 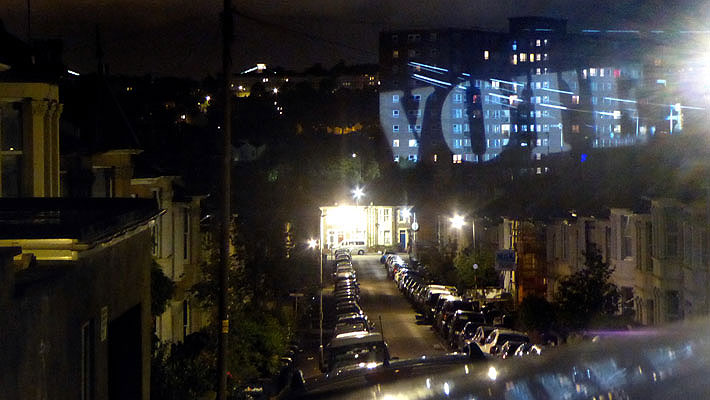 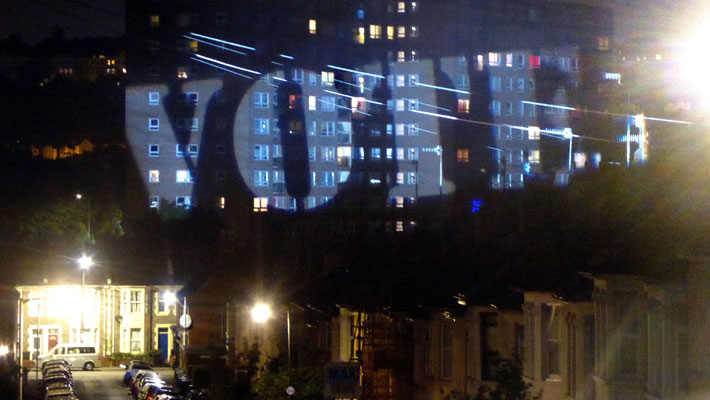 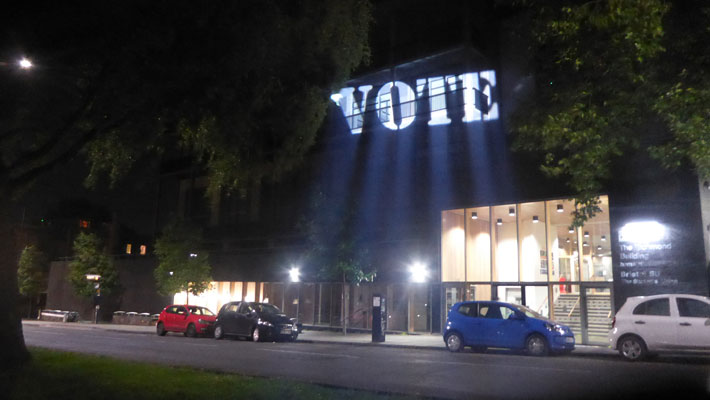 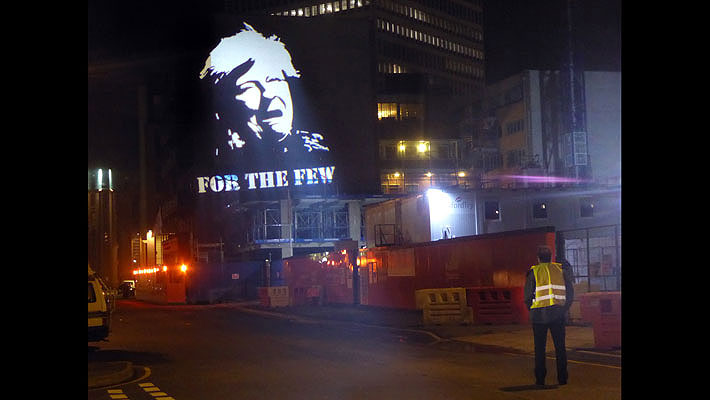 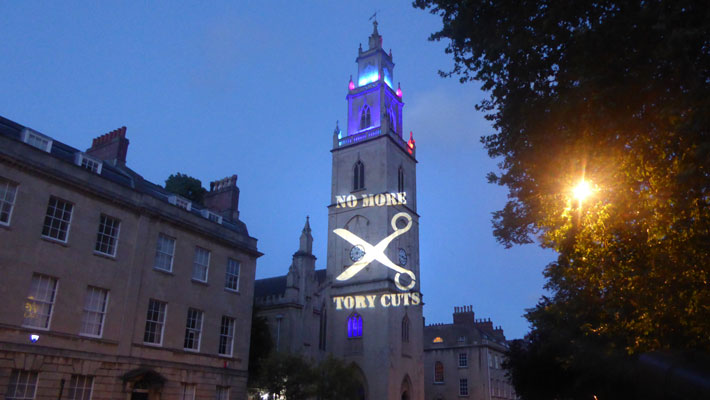 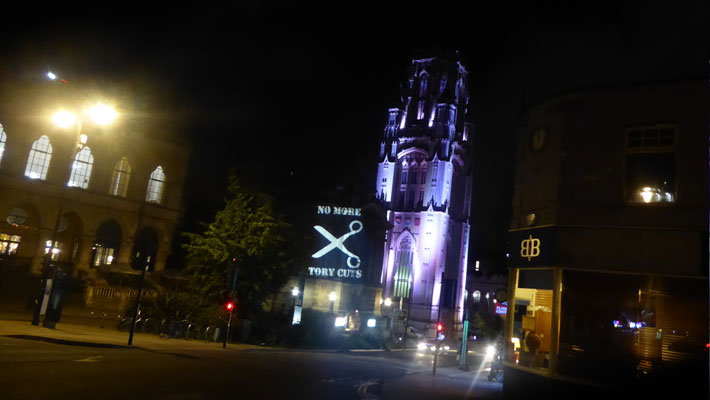 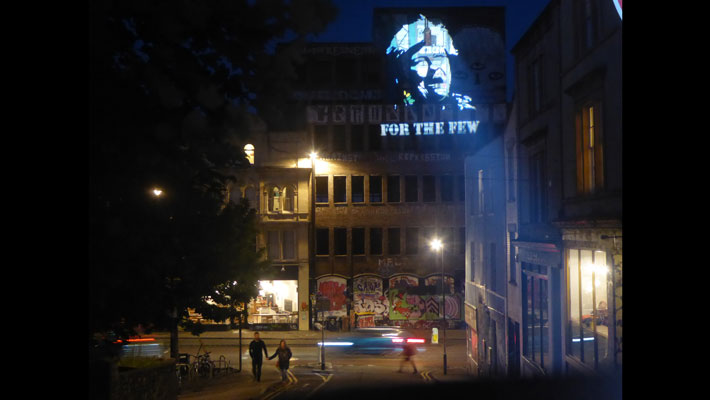 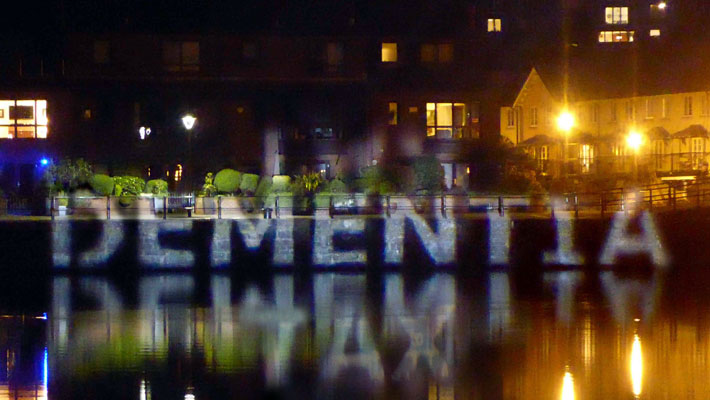 This Brexit cliff warning sign appeared over the Avon Gorge in Bristol. The sign features a person falling off a cliff after a pound sign, car tyre, medicine bottle and a fish. At the base it says “Real lives and Jobs are at Risk! Unless you are a toff with an off-shore tax-haven.”

A few days before the national election in the UK, a set of political projections were spotted across Bristol.

Many of the projections appeared on buildings where the conservative cuts and austerity are impacting. These included hospitals, libraries, swimming pools and museums. The student union of the university was also targeted with VOTE imagery perhaps helping to persuade young people to vote.

Shared thousands of times on social media, the imagery was also used by various campaigning groups and by the Labour party.

In the UK, the legality of projecting imagery onto buildings without the consent of the owner is questionable. The artist does not claim responsibility for this work.

*No buildings were injured in the making of this project.