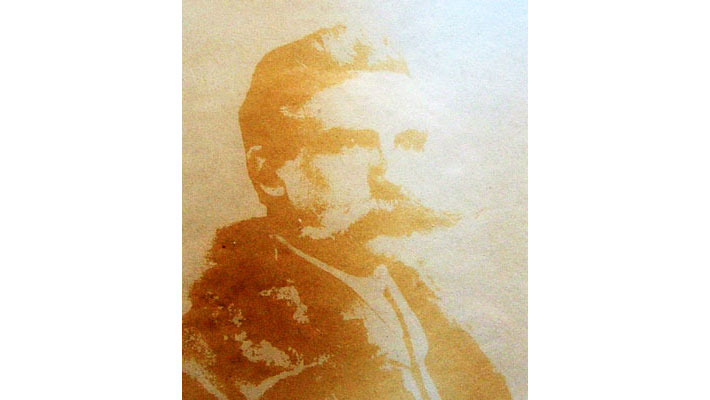 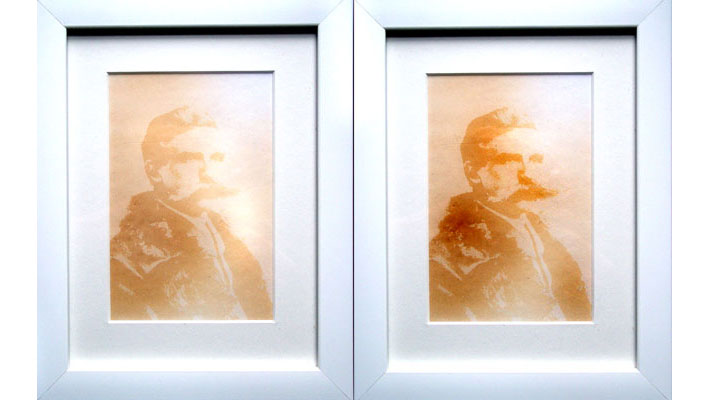 The Wellcome Trust commissioned this portrait for the opening of the Wellcome Collection.

In 1869 Sir Henry Wellcome’s first product, at the age of 16, was invisible ink (in fact just lemon juice) which he sold through the Garden City Herald. To celebrate this act, Jerram created an invisible portrait of Sir Henry made by screenprinting with lemon juice. Working in collaboration with printers at UWE, the technique took several weeks to perfect.

Each delegate attending the opening was to be given a framed invisible portrait to be revealed by placing the image under the grill for 2 minutes. Nervous about the risks associated with asking the public to toast their own artwork, in the final days of the project Wellcome Trust insisted Luke toast most of the artworks in advance.

The artworks were cooked by Luke, in batches down at his local kebab shop.