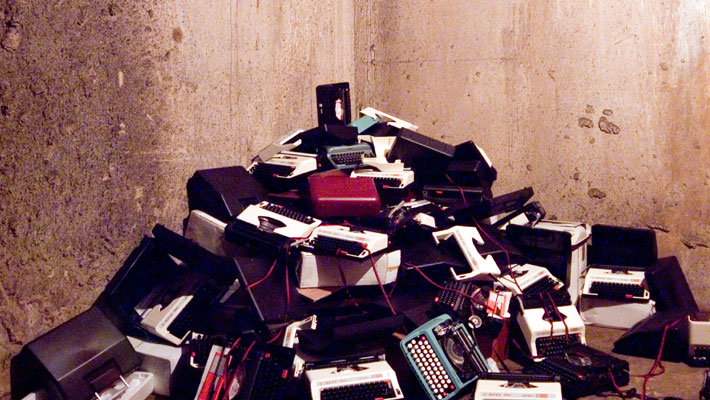 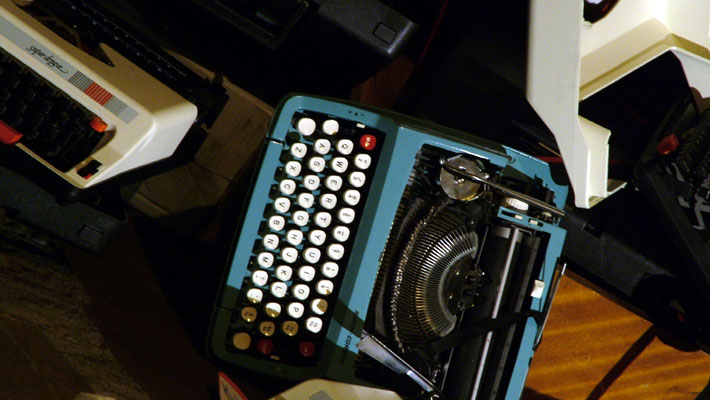 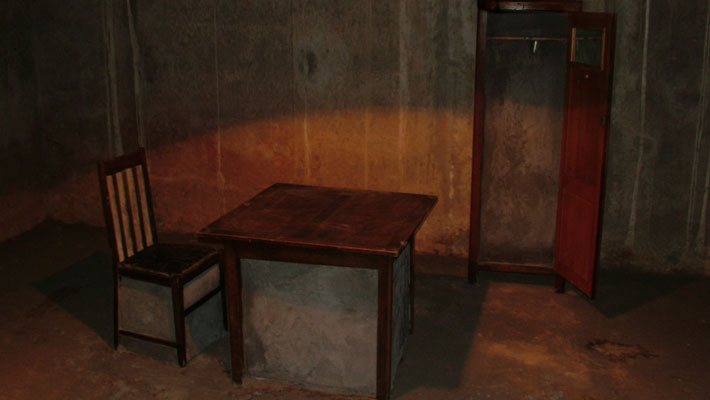 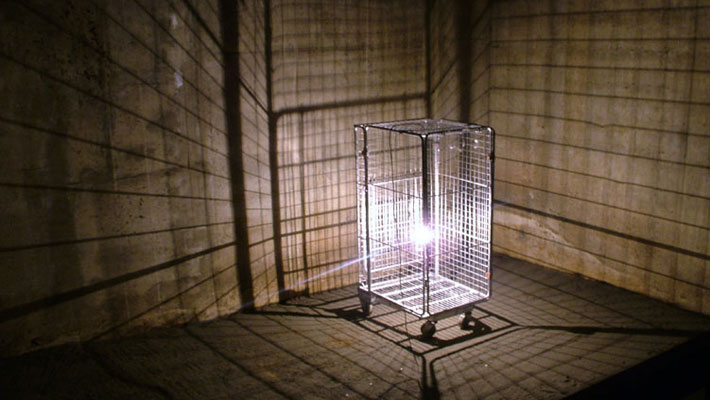 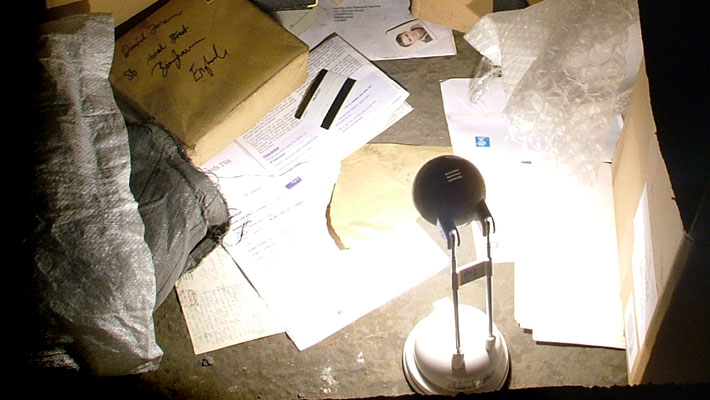 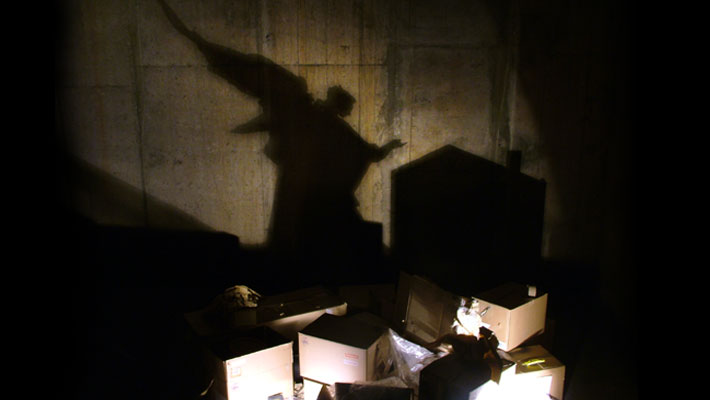 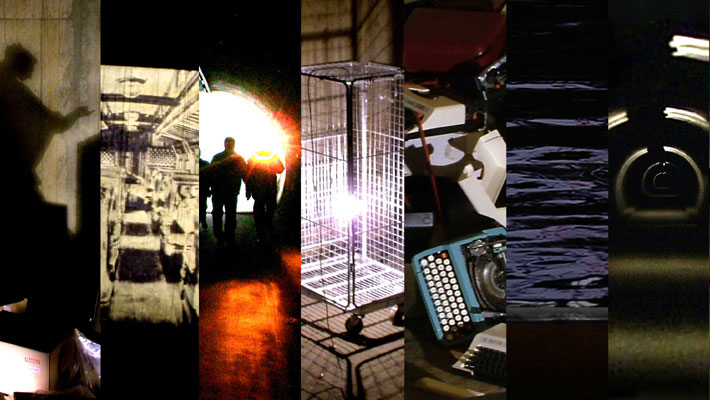 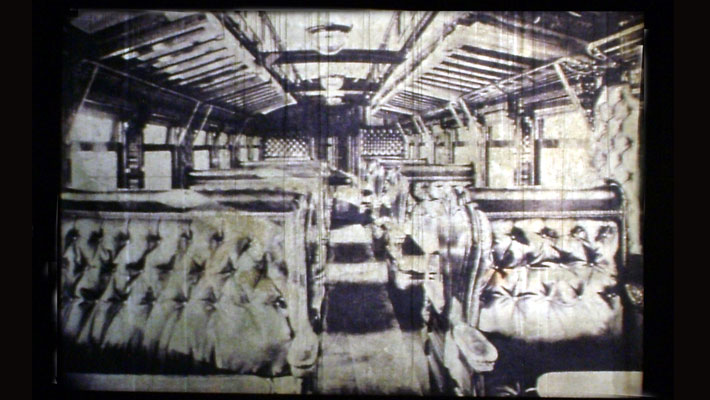 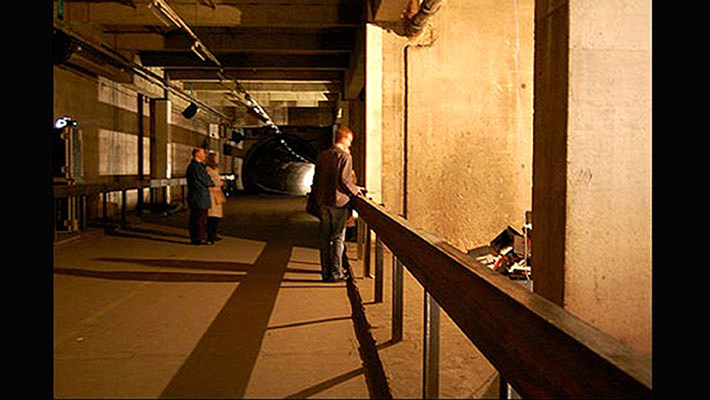 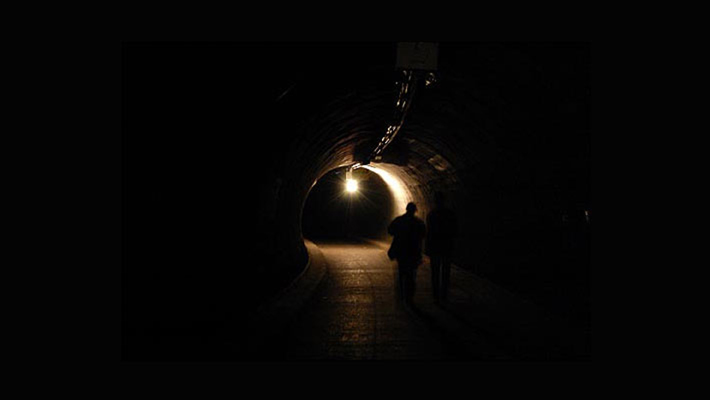 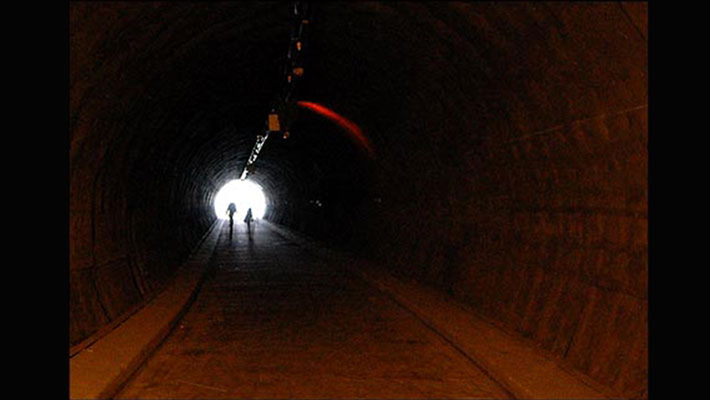 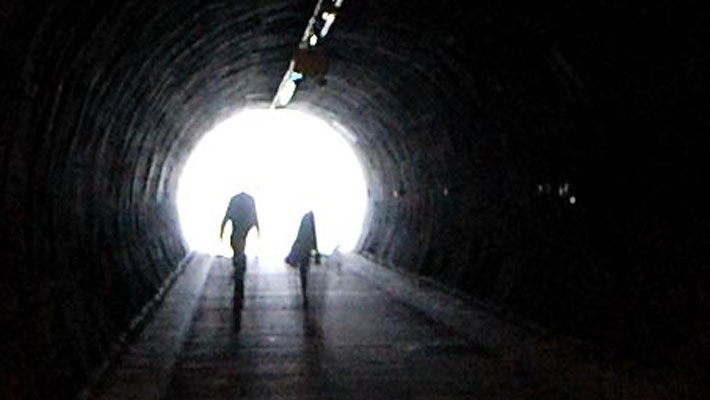 Built in the 1960s, the 400m long tunnel was used to transport mail between New Street Station and the old sorting office of Birmingham. Small electrically powered trucks or “brutes” pulled carts full of mail to and from Europe’s largest sorting office. Abandoned since the 1990s when the sorting office moved out of the city centre, the tunnel is not on any maps and has never before been opened to the public.

Inspired by the properties of the tunnel and it’s history, a series of sound and light based artworks were created for the public to encounter as they navigated their way through the space. Jerram pays homage to a number of contemporary artists along the way.

Working with the composer Dan Jones, three separate movements created in surround sound lead the audience through the vast tunnel space. Industrial sounds of a sorting office were recorded by sending dictaphones through the post to Jerram’s home address, on ‘voice activated record’.

A crime scene of bank statements and passports – undelivered and illegally opened mail creates the shadow of St.Gabriel – patron saint of postmen. The angel outline was copied from the El Greco painting of the Annunciation. Jerram’s own identity was stolen in 2001.

Like an image from a war, a pile of typewriters lies redundant, abandoned and forgotten.

The shadows of an industrial cage wrap the concrete walls. Having replaced the sorting office upstairs with a mall that no one visits, caged employees wait for customers. “Everyone is waiting for everyone else” says Jerram.

A large pool of ink ripples, bouncing reflections around the space. Just how much information and ink has passed through this space over time?

Full of concrete, fossilized office furniture which has been consumed by the concrete walls of the building itself.

Current & Upcoming Exhibitions... (Due to Covid-19, dates may be subject to change)

Play Me I'm Yours