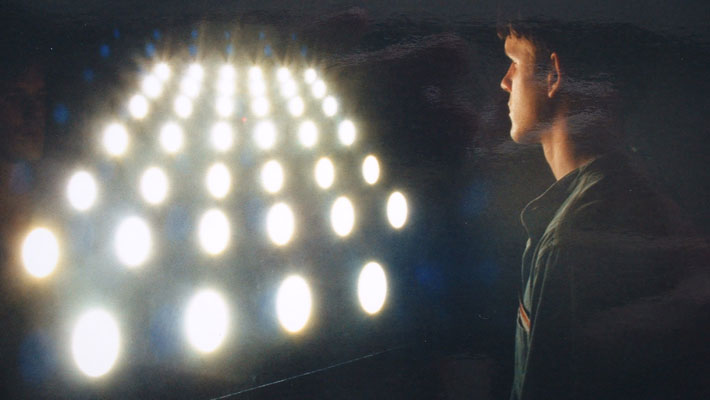 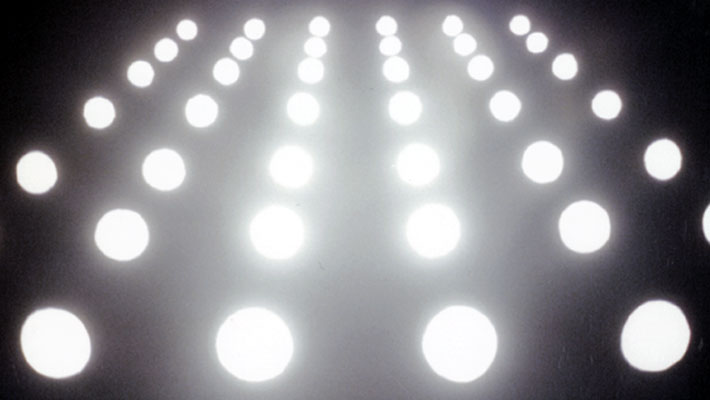 Co-commissioned by the Site Gallery and VIVID, UK in 2001 for ‘Everything is Number’, MATRIX is an interactive installation which uses retinal after-image technology to create virtual light sculpture within the mind of a viewer. With the support of NESTA, the technology and method of this work has been patented (GB2340621) and is being developed for it’s commercial use.

Formed within a new perceptual world, sculptures exist in an altered dream-like reality. Created from the absence of photochemicals within the eye, the mechanisms of the viewer’s vision, firstly construct then erode the form. As the work is formed inside the viewer, documentation of the sculpture is impossible. The work asks how numbers are stored in the mind, where do they exist? How are numbers or units visualised?

Experience for a Viewer

As the work is formed inside the viewer, documentation of the sculpture is impossible. The work allows people to observe their own eyesight, and asks the question, at which point does perception end and memory begin?

* Emmert’s Law: After-images appear larger the more distant the screen on which they appear to lie. They (nearly) double in size with each doubling of distance.

Matrix was first exhibited at the Site Gallery in Sheffield and then at RIXC Festival 2003, in Riga Latvia. The installation was also invited to present at ISEA’2002, Japan.