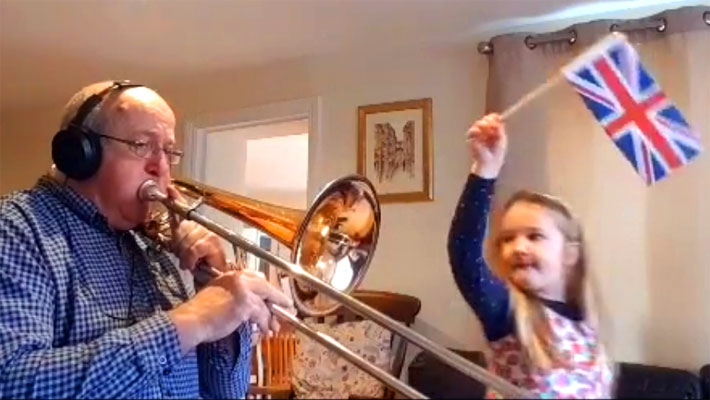 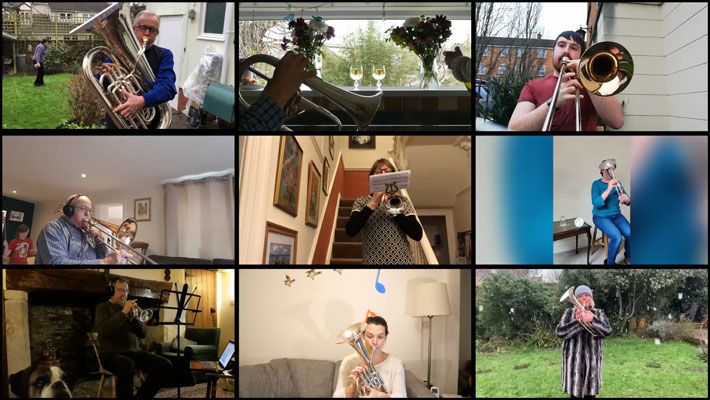 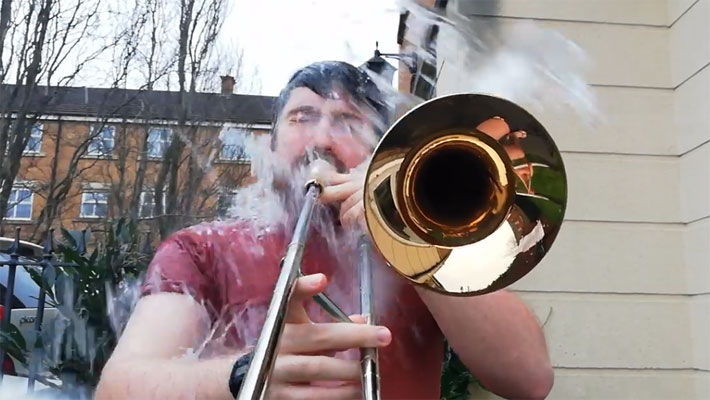 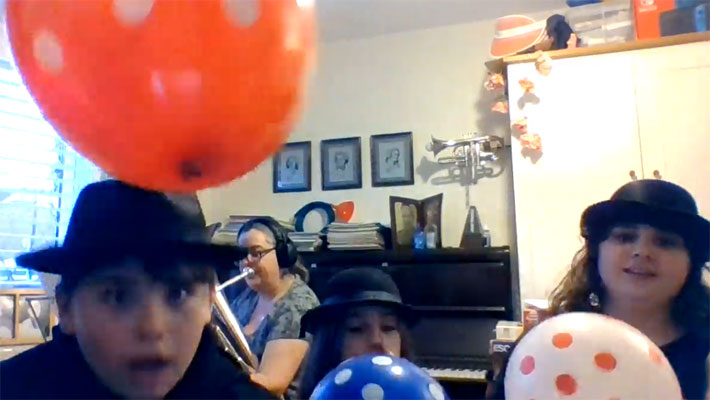 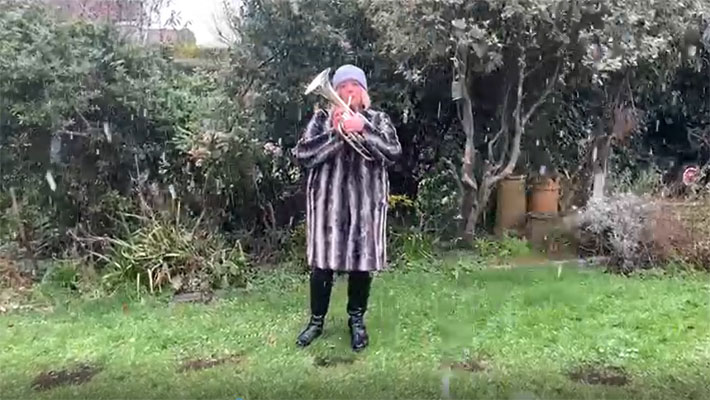 This artwork is a comment on what many people see as the UK moving in the wrong direction.

The music to Land of Hope and Glory was written backwards and then played by the City of Bristol Brass Band. The final film was then flipped and edited together by William Ennals and Jack Hulme.

Now the UK has left the EU it has become harder for musicians and artists to work in Europe. It feels like it’s only a matter of time before the UK fragments into its constituent countries. With rising poverty/ inequality in our country, increasing NHS waiting lists, a corrupt government, reliance on food-banks, and the disastrous way the government has dealt with the Covid-19 pandemic, it often feels like the UK is in reverse gear.

Performing ‘Land of Hope and Glory’ backwards is, for Luke Jerram, an expression of this feeling. In reverse, the new title is ‘Yrolg Dna Epoh fo Dnal’. We hope to perform the piece live in public, once conditions allow.

If you would like to perform and record your own version of this music, please contact Luke@lukejerram.com and he will send you a download link to the music and a short brief to help you make your film.

Made as a test, here is a short film of Luke with his guitar.

We have the music for both Rule Britannia and Land of Hope & Glory, written out in reverse. We can send you music for a whole brass band, or just for a single instrument. Once you’ve made your film, you can reverse the content on one of the free online webpages, and then share it on social media. Please tag #UKinReverse.   If you send us a link to you film, we may be able to post it on this webpage.

Below is the original film footage before it was flipped!!

With thanks to everyone who has been involved with this project.