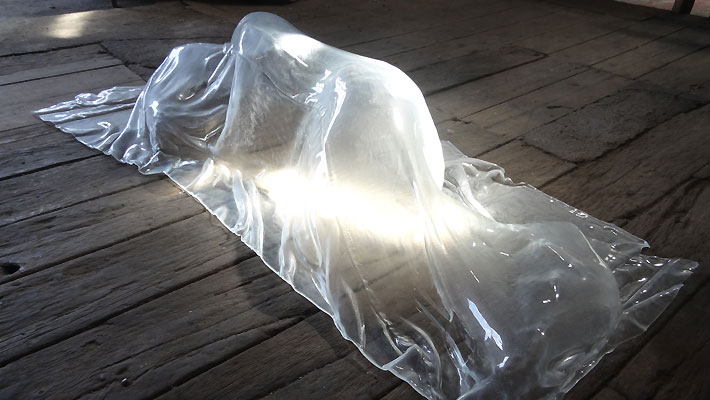 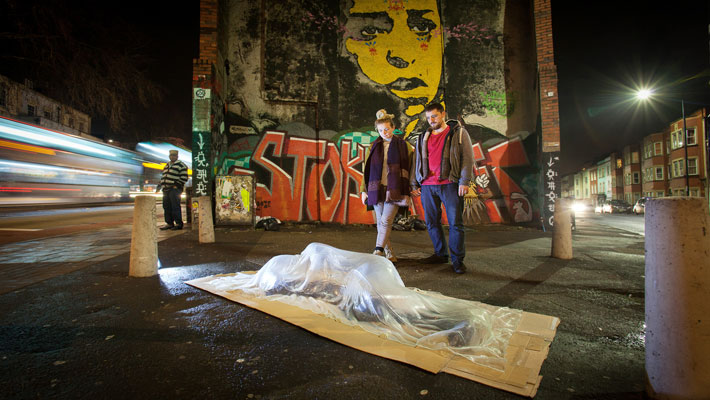 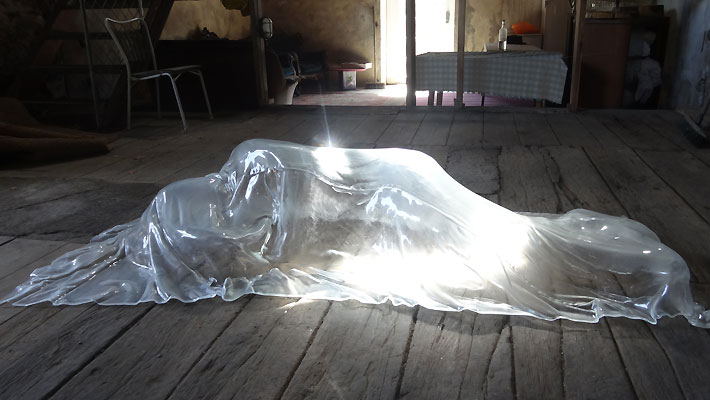 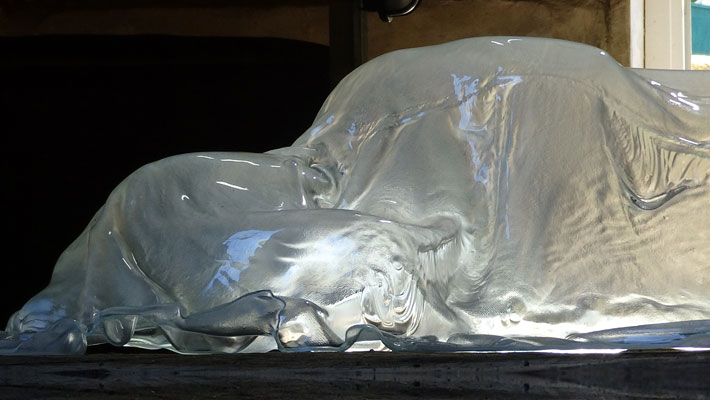 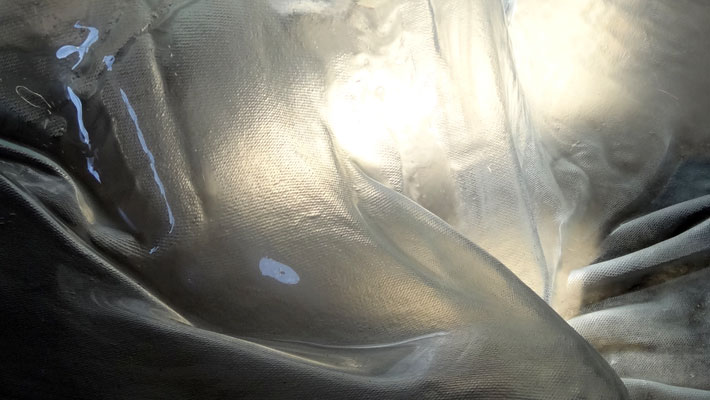 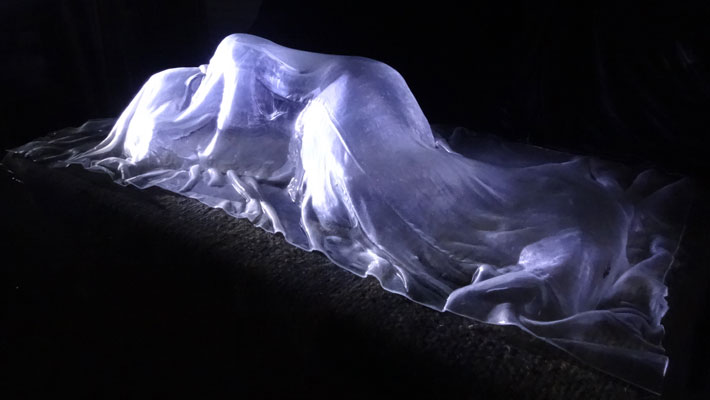 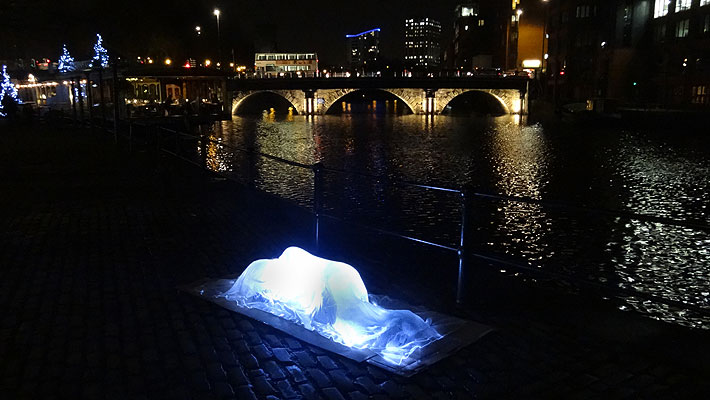 This life size glass sleeping figure was made as part of an Arts Council funded residency at the Glass Hub in UK. The artwork was made to highlight the growing number of hidden and invisible homeless people there now are. Shrouded in a blanket made of glass, the ghost-like figure, which has no gender, is a vulnerable and fragile form.

As well as seeing an increase in the number of people sleeping on the streets in the UK, there are now thousands of hidden homeless, staying in a hostels, squats and other forms of unsatisfactory and insecure accommodation.

With street homelessness on the rise again across the country, having fallen for a number of years, people are invited to support the Early Doors Campaign from 1625 Independent People. This initiative raises funds to help young people earlier through mediation and advice services, helping them to avoid the homelessness route altogether.

“For every person you see sleeping on the streets, there are many others sleeping in hostels, squats and other forms of unsatisfactory and insecure accommodation. I was interested to see whether the sculpture would be ignored and treated like street furniture as homeless people often are in a city. I hope the artwork will raise awareness of the problem and that the public will feel moved to support the charity, to make a difference.”

About 1625 Independent People
1625 Independent People are leaders in the field of supporting young homeless people in Bristol and the South West. They work across Bristol City Council Youth Services offering peer support (young person to young person) and advice about homelessness. They help find Bristol based emergency, temporary, live-in housing for 16-25 year olds.

“When you are homeless you are invisible – you have no home, nothing to do, no money, no one asks your name or how you got there. People stop seeing you as a human being – you’re just a thing slumped on the floor”  Quote from a 1625ip ex-service user, aged 24