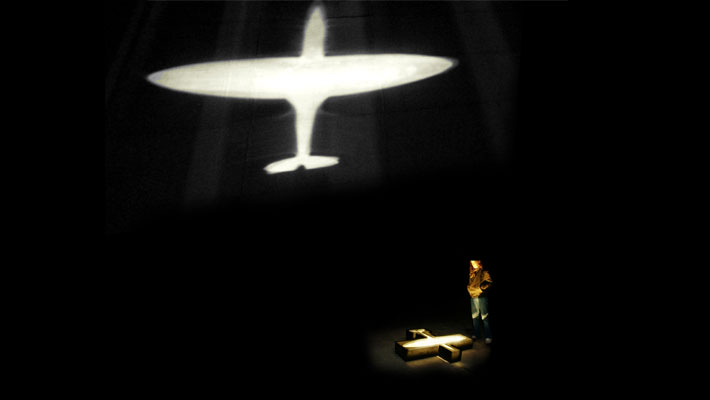 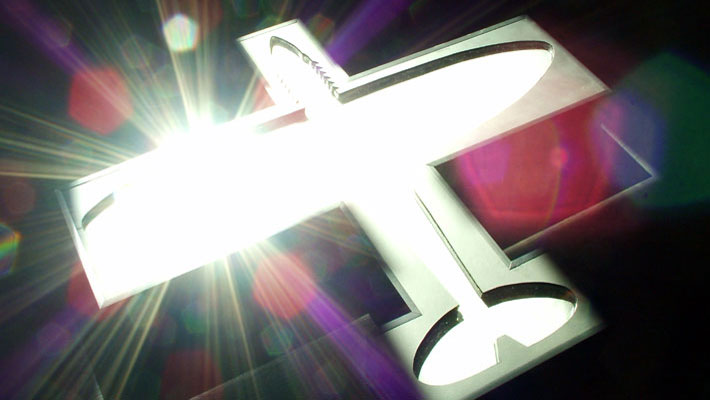 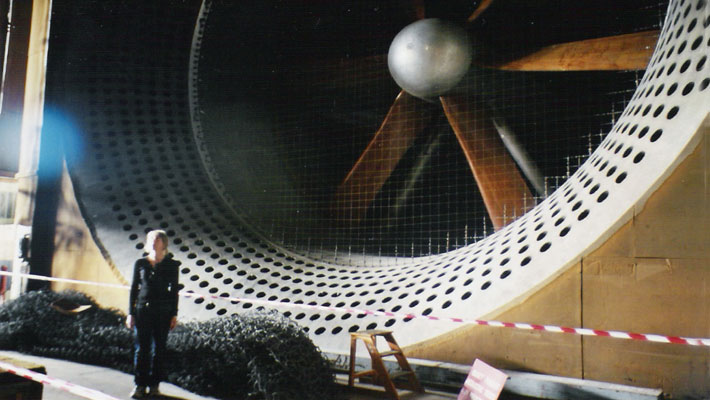 Ghost Plane was commissioned by Arts Catalyst in 2004 for the wind tunnel at Farnborough Airbase.

By projecting light onto a Spitfire shape of liquid mercury an 8 metre reflection of the aircraft was visible on the wall of the return chamber. The movement of the audience through the space caused the reflection from the dazzling mercury to ripple and shimmer. Like the military aircraft tested at Farnborough, mercury is both stunningly beautiful and deadly.

The crucifix of the vertical ghost plane on the wall along with the architectural properties of the space reminded the visitor of a cathedral. The Ghost Plane was a shimmering memory of the planes tested at Farnborough but also considered the engineers who had worked with mercury to test the aerodynamics of aircraft in hazardous conditions.

Although decommissioned for over a decade, Farnborough Airbase possesses Europe’s largest wind tunnel. It consists of a testing area, where aircraft were once suspended, and a large return circuit to recycle the wind. This is a vast, dark, cold and echoic space within which Ghost Plane was created using mercury and light.

The geometric use of light was inspired from an architectural study trip to the Alhambra of Spain in 2003.

The study of aeronautics in wind tunnels primarily concerns the measurement of air flow and air pressure. Using a lattice of delicate pipe work feeding from the surface of an aircraft suspended in a wind tunnel, engineers can measure the changes in air pressure and wind speed at any given position.

These pipes fed a bank of monometers containing large quantities of mercury as a visual indication of changing air pressures. The use of mercury was later phased out after it was discovered to be highly poisonous, but many engineers had already worked unprotected for many years. How many of them still have mercury in their bodies? 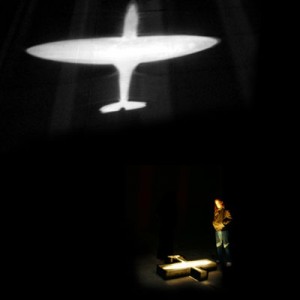 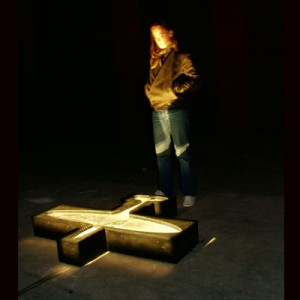