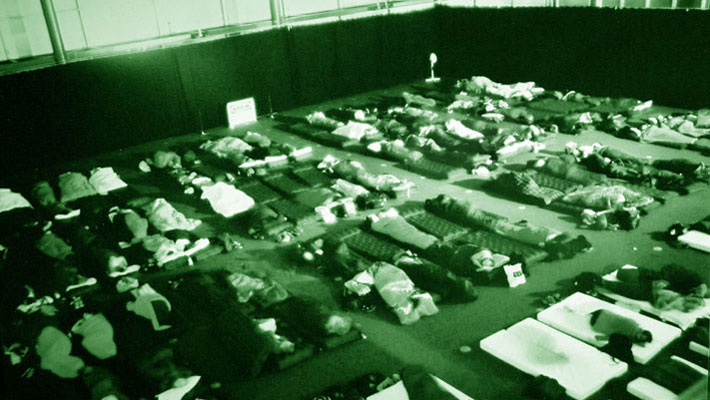 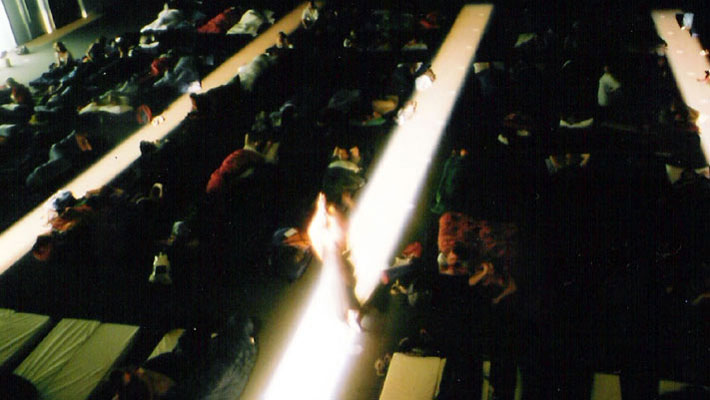 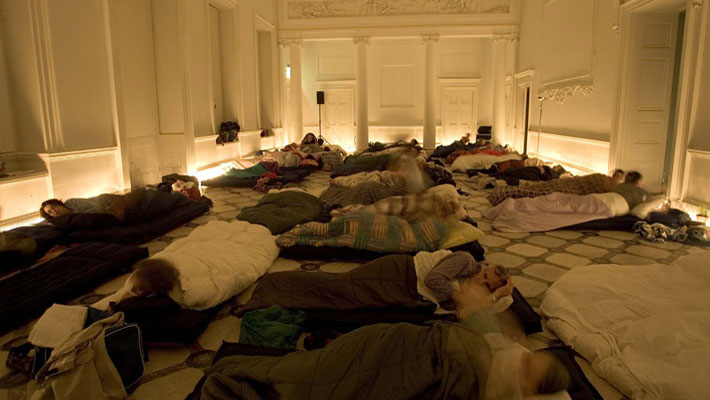 An ongoing Sky Orchestra research project, participants in The Dream Concert, experience an artwork located on the edge of sleep and within their sleeping minds. So far, two Dream Concerts have been held producing curious scientific results. At midnight on 28th April 2004, 120 guests packed into the Think Tank science centre in Birmingham for a mass experimental concert that lasted throughout the night. Read a New Statesman article about our latest event.

Conceived by the artist, Luke Jerram, the composition was written by composer Dan Jones. Sleep Psychologists Chris Alford and Jennie Parker from The University of the West of England devised the structure of the sound based score. The composition was performed to the sleeping audience in surround sound.

Before the mass experiment began, participants were carefully briefed on the objectives of the evening. It was important not to influence and thereby invalidate the scientific data collected, however audience ‘priming’ is a vital part of an overall artistic journey. A balance therefore had to be struck to resolve this conflict and enable both the artistic and scientific objectives to be met.

We were hoping to gain some answers to the following questions:

To answer these questions our participants were asked to complete dream feedback forms over breakfast on the morning after the concert. Each dream was then analysed for dream content which related to the musical score. The data was then compared to normative statistics by Jennie and analysis fed back to the audience online and via email. The results of this mass sleep experiment ultimately led to the team being awarded a 1 year research fellowship at the University of West of England.

The Dream Concert was part of the Fierce Festival and received extensive coverage in The Guardian.