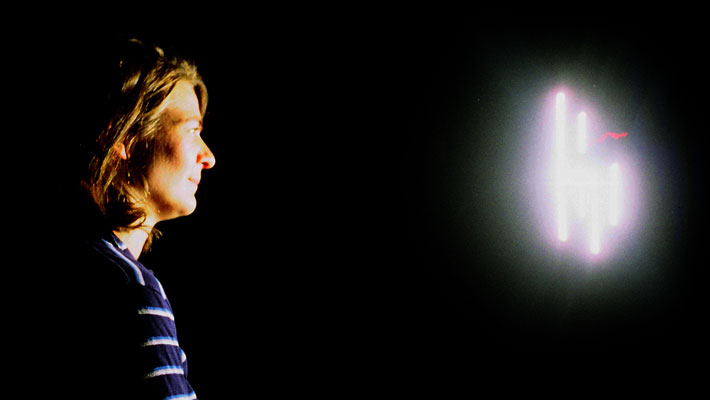 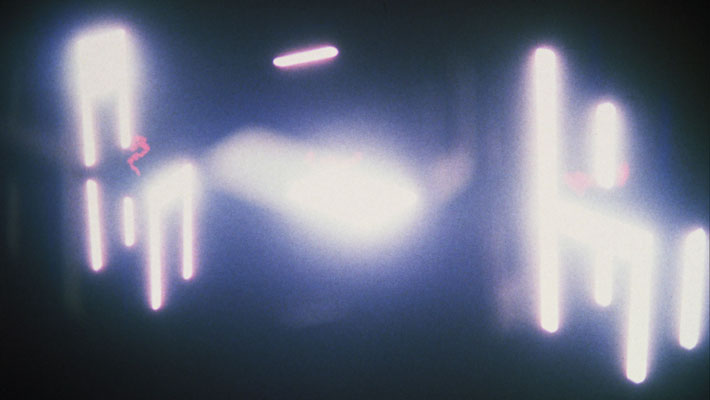 ‘Retinal Memory Volume’ is an interactive installation that builds an illusory sculpture using the biological mechanisms of the viewer’s eyesight. During the experience the viewer’s eyes both construct, then erode the form.

The patented retinal after-image process can be considered as a form of printing or photography, where the retina replaces the paper or light sensitive film. The object is created from the absence of photopigments in the eye.

Developed with the support from the University of Wales Optometry Department, the work was commissioned by EMAF and first exhibited in 1997 at the Osnabrueck Media Arts Festival .

Described as a classic in it’s field, the artwork toured the museums and multimedia festivals of the world for more than 10 years. The latest show was at SESC Mostra Festival, Sao Paulo in 2008. A miniature version of this artwork is now in the permenant collection of the Phaeno Museum, Wolfsburg, Germany.

Sequence of Events for a Viewer

“The sculpture is like a solid presence, more real than a memory. It is like an object in a dream, yet your eyes are open.”

The work allows people to observe the processes of their own eyesight, and asks the question, at which point does perception end and memory begin? As the work is formed inside the viewer, documentation of the sculpture is impossible.

* Emmert’s Law: After-images appear larger the more distant the screen on which they appear to lie. They (nearly) double in size with each doubling of distance.