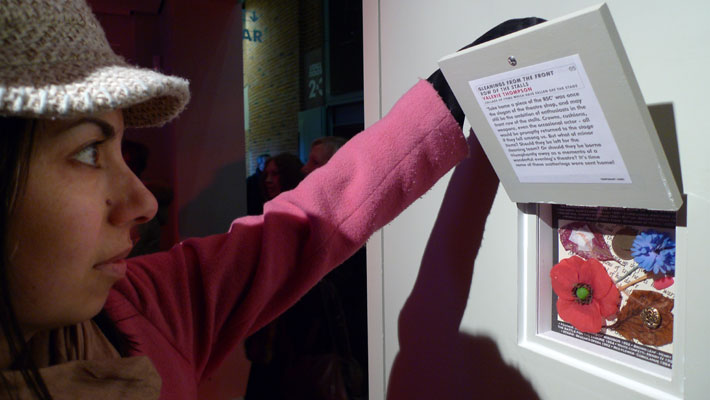 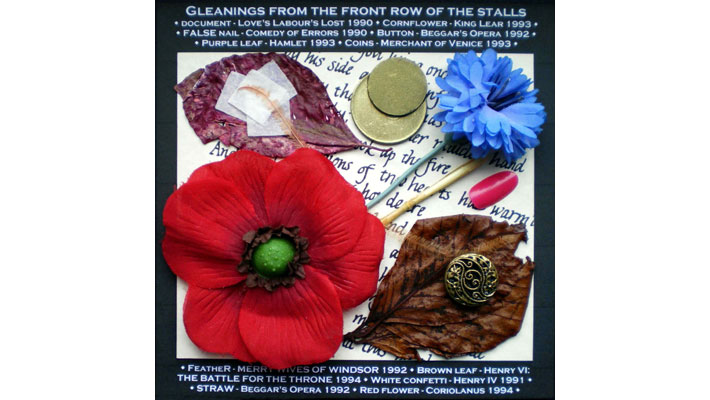 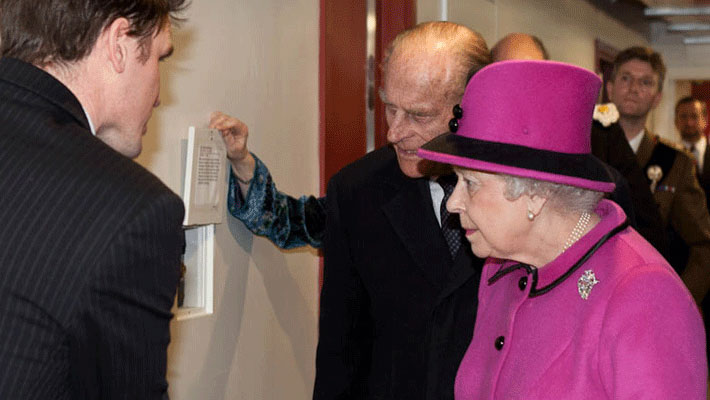 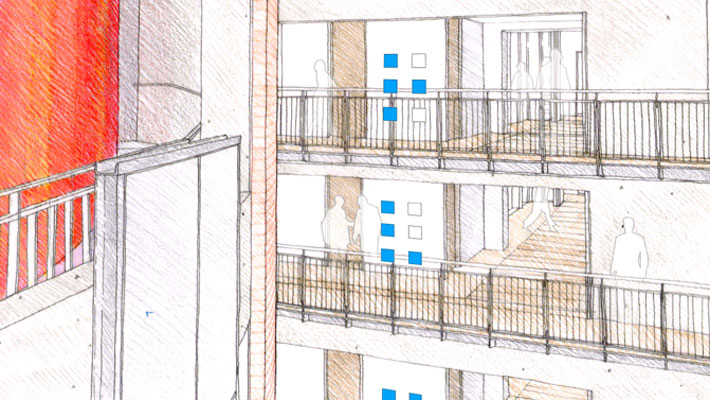 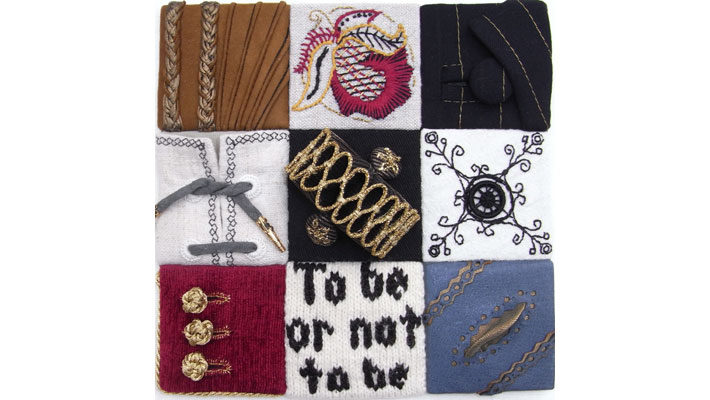 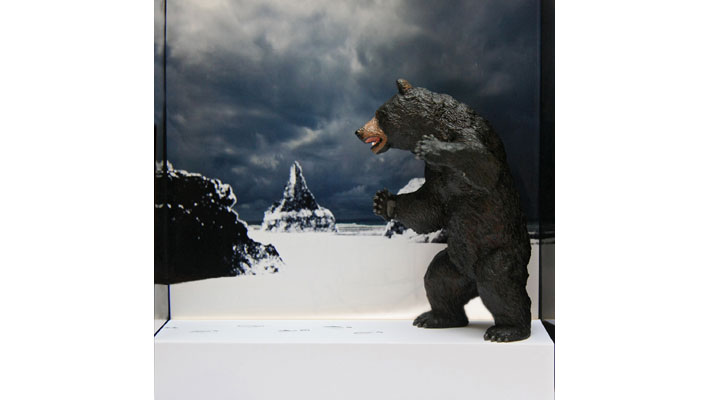 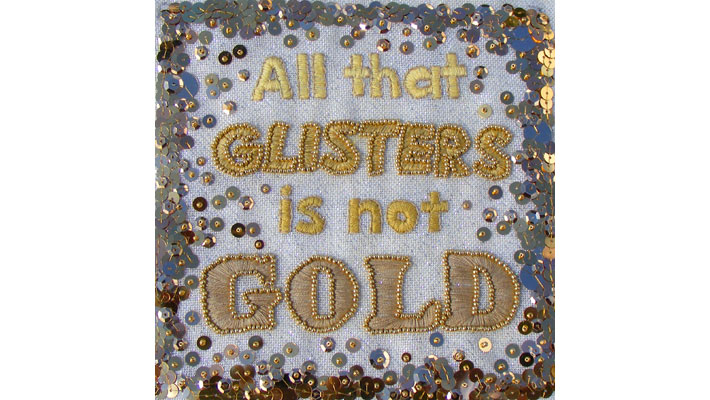 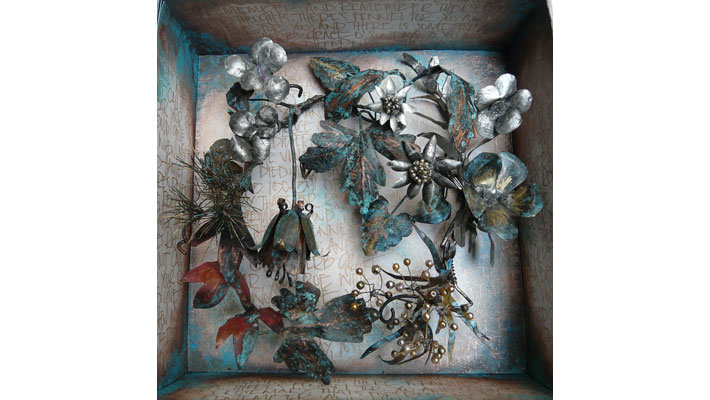 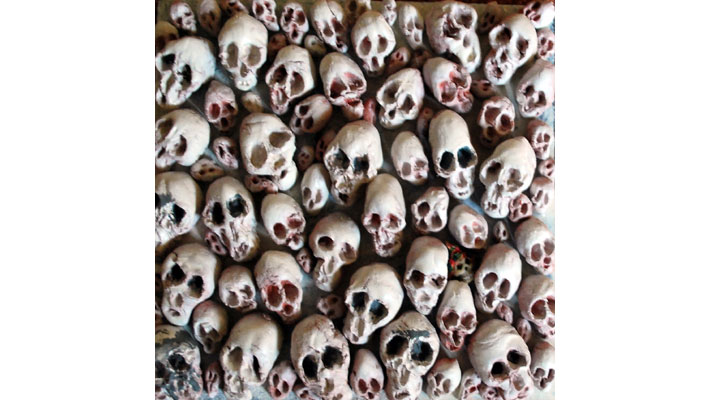 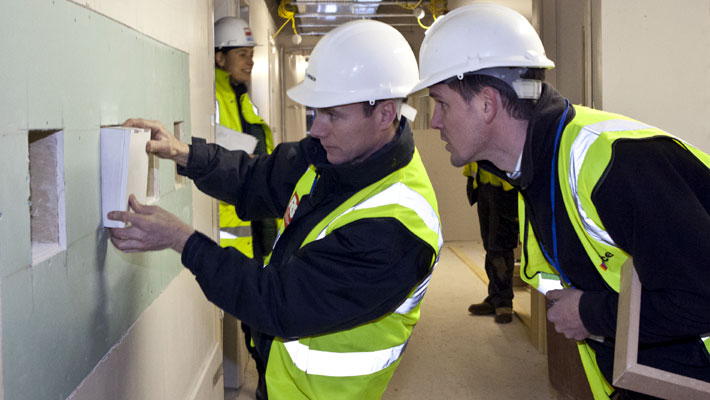 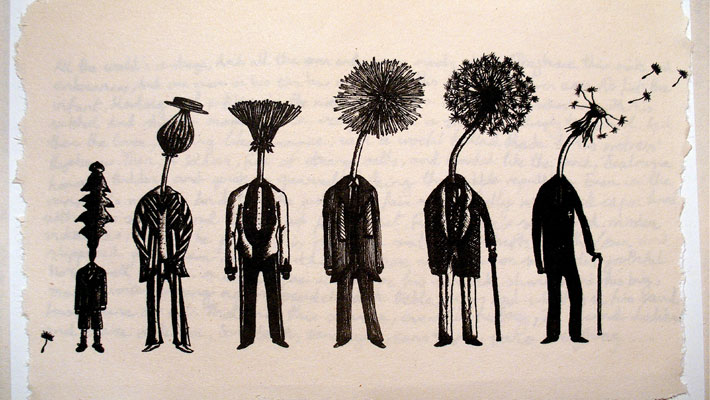 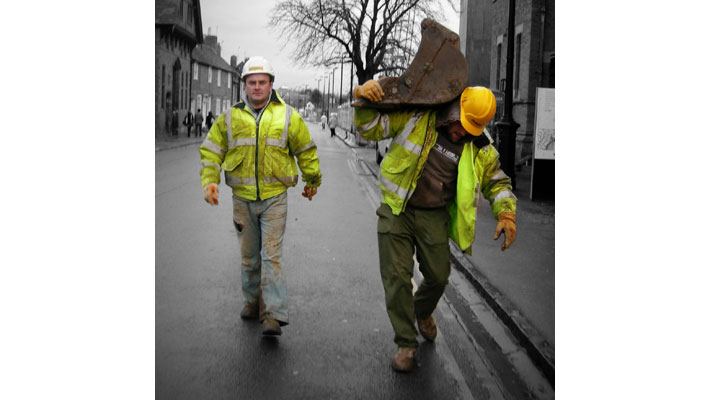 In 2008 Jerram was given a brief from the Royal Shakespeare Company to develop a series of ideas for arts projects, that would reach new audiences and help give local residents, staff and actors a sense of ownership of the new theatrebuilding. ‘My RSC Gallery’ is the most recent projects Jerram has developed with the company.

‘My RSC Gallery’ is a hidden exhibition that is literally embedded into the fabric of the building. The artworks are encased in 50 glass fronted boxes and can be revealed by opening a small door.

The selected artworks are varied and fascinating. In one box, an empty bottle contains the ‘air from the old theatre’, whilst one collage is made from items found in the auditorium (fallen off actors’ clothing or props). Another contains hundreds of feathers collected from the actors’ pillow cases!

“I really liked discovering the artworks, they kind of humanize the building” said visitor.

Inspired by the long history of the Royal Shakespeare Company Jerram designed the artwork to evolve and develop over a period of decades. Over the next century the temporary architecture of the building will change, possibly concealing and then revealing parts of the exhibition. In many years to come a grandmother might show her grandchildren the hidden drawing she made when she was 10.

Inspired by theatre, Shakespeare or the RSC the artworks were created by the general public, schools, actors and alumni and were made from a large variety of materials. As well as painting, photography, sculpture, there was knitting, metalwork and textiles.

Luke Jerram met the Queen of England when she came to officially open the new RSC theatre.