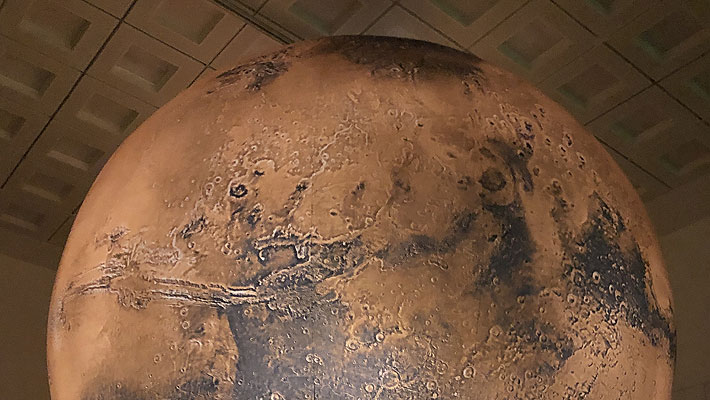 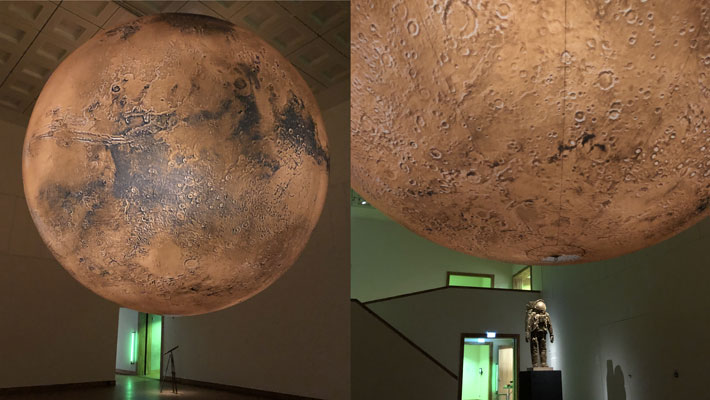 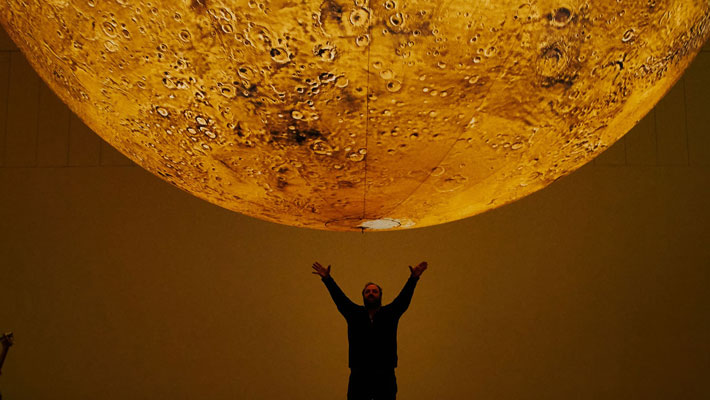 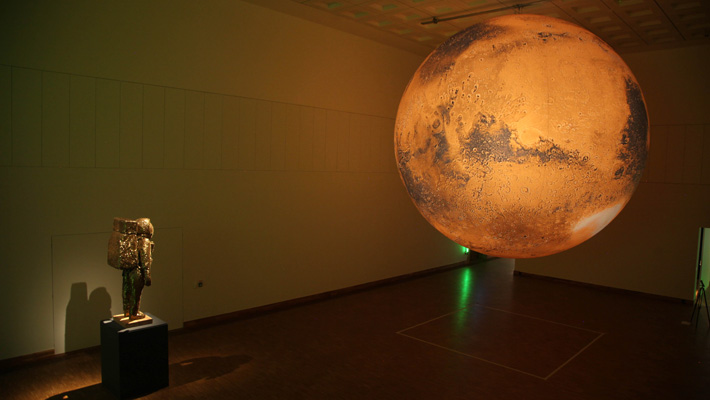 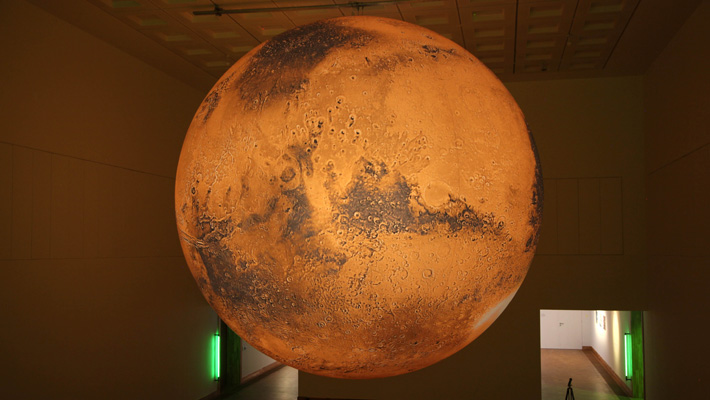 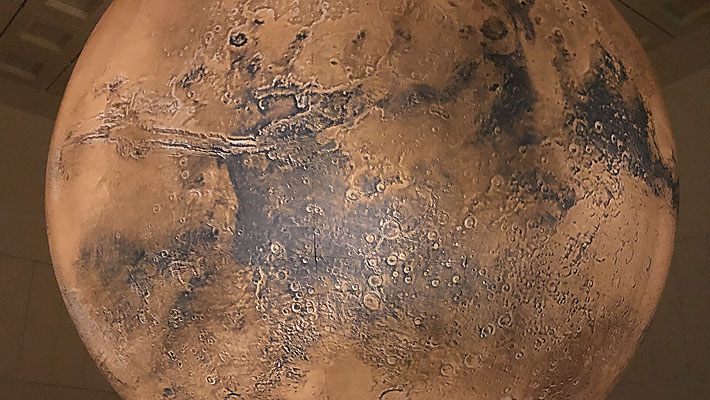 This sculpture of Mars was recently commissioned by Kunsthal KAdE in the Netherlands for a group exhibition, One Way Ticket to Mars.

The artwork offers the chance for people to study the surface of the planet up close and in three dimensions. Created from high resolution NASA data, at 6 metres in diameter the Mars artwork is 1.1million times smaller than the actual planet. Each centimetre of the sculpture describes 11 kilometres of the surface of Mars.

A new ambient surround sound composition by Dan Jones is currently in development, which will feature NASA recordings and sounds of the desert. After Kunsthal KAdE, the sculpture of Mars will tour and be presented with this new composition.

Like Luke Jerram’s other artworks, Museum of the Moon and Gaia, this new Mars artwork is designed to tour and be presented in a range of different contexts and cultures. Over the coming months Luke will be researching humanity’s historical relationship with Mars, drawing out the stories, myths and beliefs which he hopes to present back to the public.

Luke said, “It’s amazing to be able to see the red planet up close, to see the solar system’s highest mountains and all the valleys, craters, polar icecaps and deserts in detail.”

The exhibition at Kunsthal KAdE in Holland is a group exhibition about Mars, featuring both artists and scientists who have made art and studied this planet. Artists include Damien Hirst, Jan Fabre, Katie Paterson, and more. 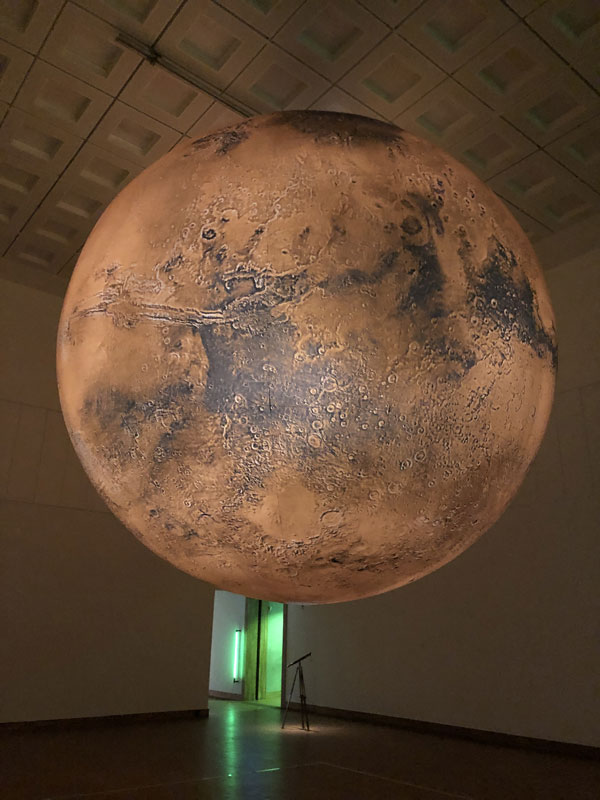 Bakeries across the west of England.
January- March 2020