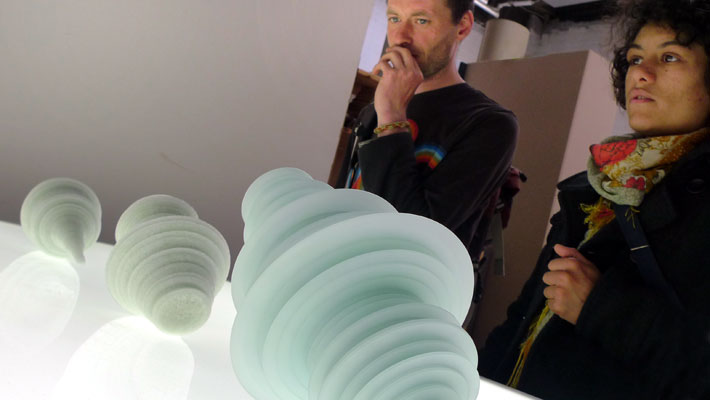 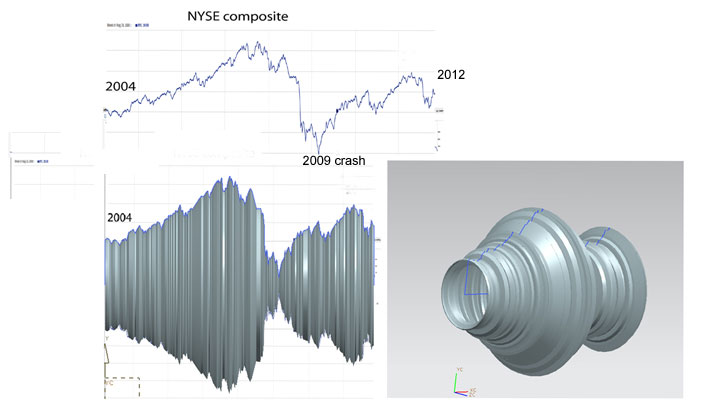 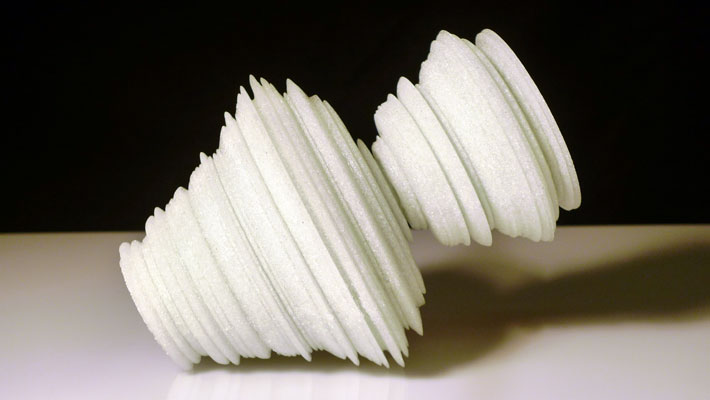 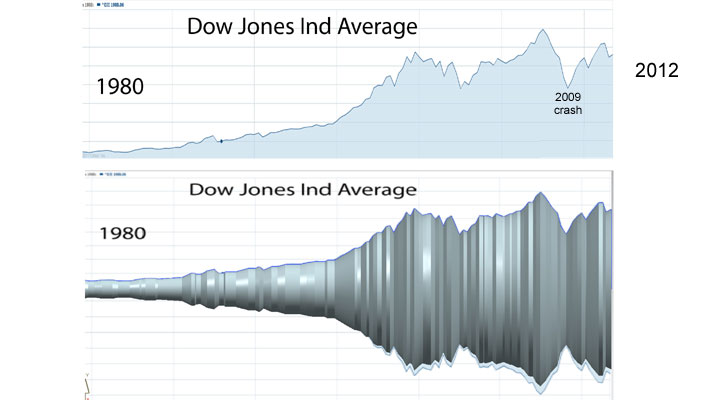 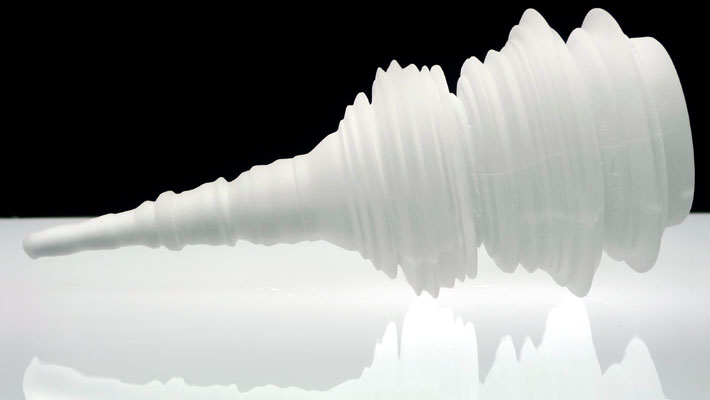 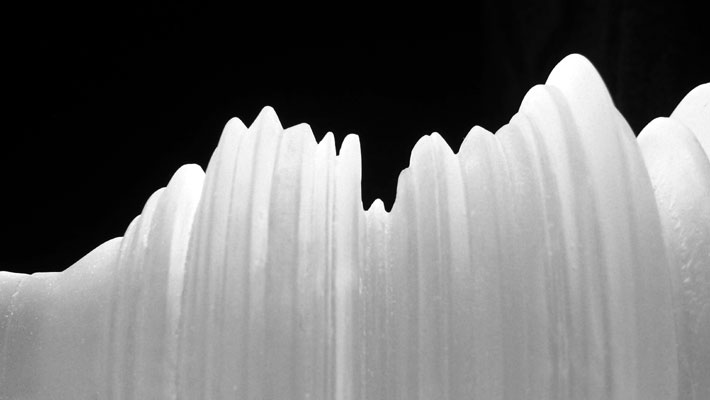 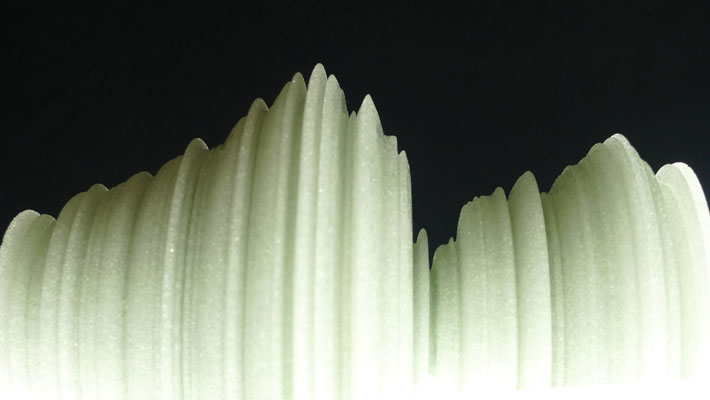 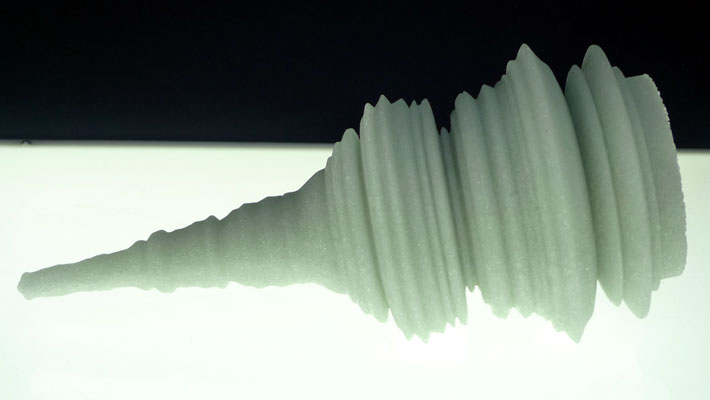 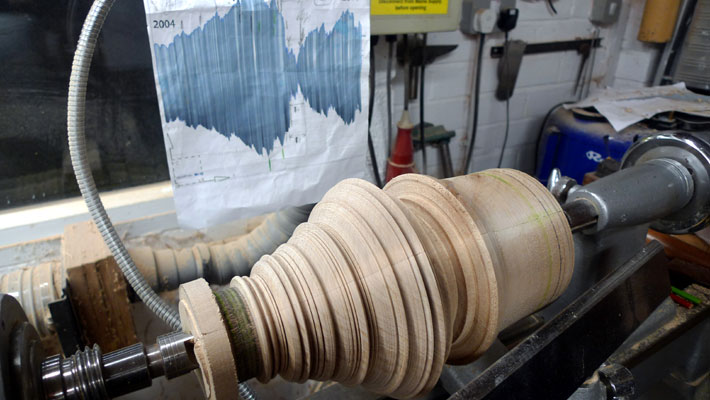 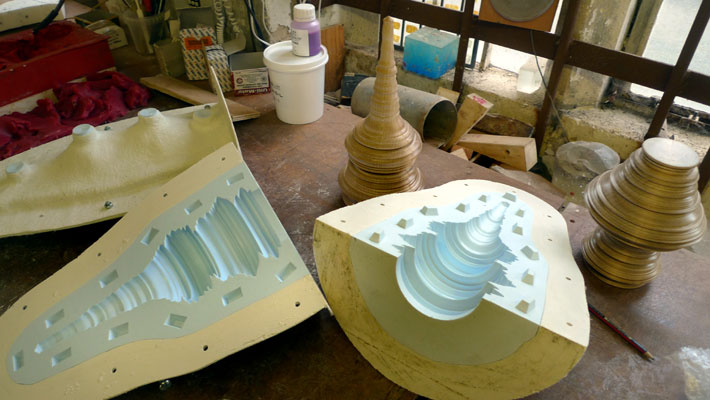 These glass sculptures were made using graphs of the New York Stock Exchange (Composite 2004-2012) and the Dow Jones (Industrial Average 1980-2012). The artworks were made to contemplate the meaning of the current global financial crisis and are a method for capturing and crystalizing important periods of time in the economy.

The sculptures are the artists attempt to understand the meaning behind the numbers and graphs we are presented with in the media. 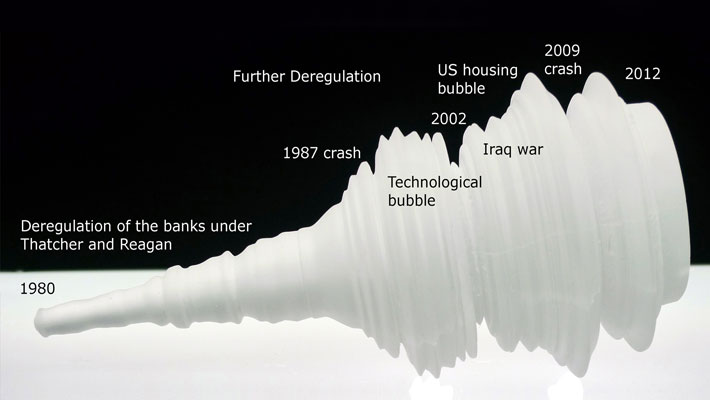 Presenting the stock exchange as fragile forms the sculptures solidify data and frame important periods of time in glass. The crash of 2009 is clearly visible.

Jerram said “The human impact of the 2009 crash, as shown in the sudden change in the artworks diameter is really significant, and yet this is just an altering line in piece of glass. What will the sculpture defining the next 10 years look like?”

The Dow Jones artwork is made in solid cast optical glass. For the NYSE artwork, a new composite glass bead material was especially developed for casting. In 2015 the artworks were presented at the Brussels Stock Exchange and in 2014 at the Heller Gallery, NYC.

The concept for this work was developed during Jerram’s residency at the Museum of Glass, Washington 2011. The Dow Jones measures 31cm long and the NYSE 21cm long. Created as a limited edition these works are for sale.

An edition of the NYSE sculpture is in the permanent collection of the Museum of Glass, Washington.

The original wooden forms used for casting were made in collaboration with wood turner Paul Brooks.