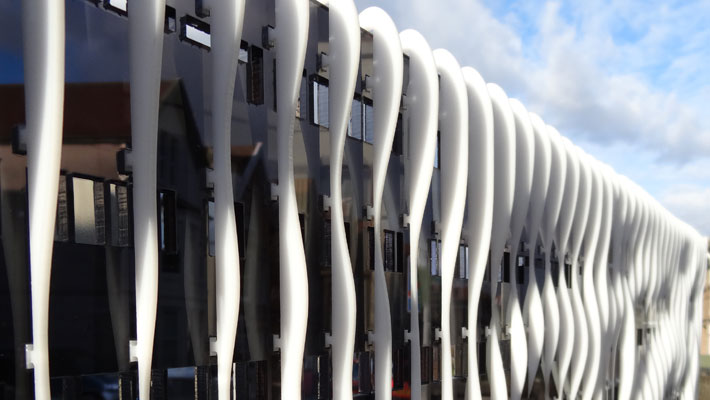 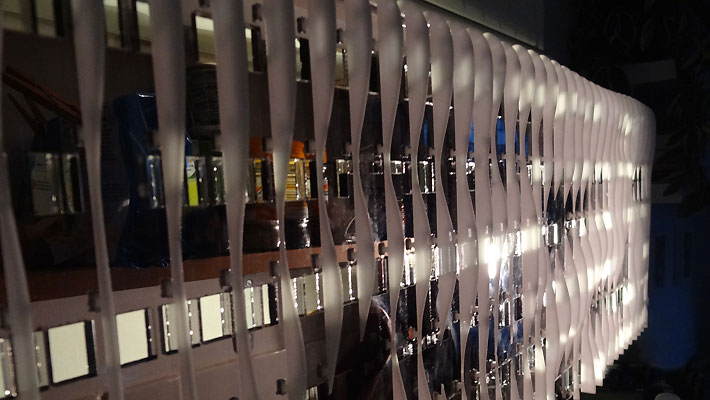 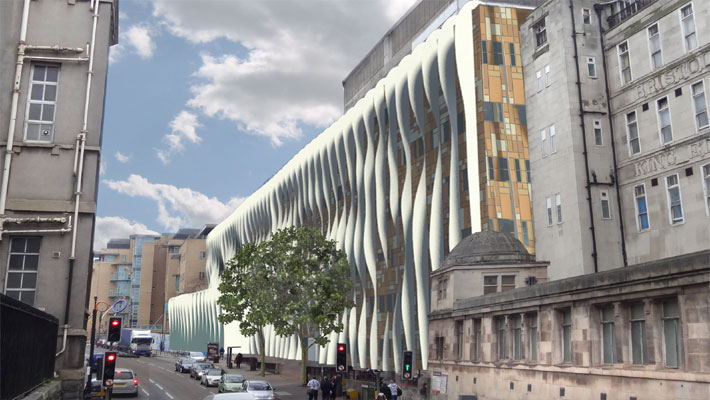 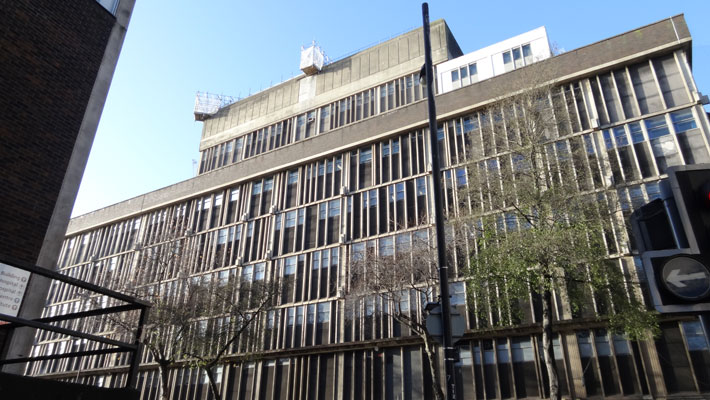 Luke Jerram was shortlisted to redesign the facade of Bristol Royal Infirmary. Working in collaboration with Arup, Willis Newson and architects CODA Luke developed plans to improve the appearance of this major central Bristol landmark.

For the public visiting the hospital, the aim was to instil a reassuring and welcoming sense of calm, safety, and cleanliness.

Inspired by the rippling water in the city’s docks and the hospitals existing fin design the proposal is for a building that changes colour and appearance as the public pass through the space.

Standing in front of the BRI, it’s almost impossible to view the existing façade in its entirety as the building is over 100m long, and that the street is relatively narrow. As a result the building is generally viewed at an angle and experienced whilst passing through the space, by walking or driving from one end of Mauldlin street to the other. This provided Jerram with the opportunity to create a design with these viewpoints in mind.

On the upper floors of the building the fins provide shelter from the midday sun and heat.  At lower levels the fins have been kept to a minimum depth, to allow as much light into the building as possible.  The new fins design also visually breaks up the 100m length of the buildings facade. So standing in front of the Physiotherapy Entrance, visitors aren’t faced with an imposing view of the entire building, but rather vertical strips of tiled façade, above and either side of them.

The current building design has 6 different window sizes. Using the shapes and dimensions of the current windows as the starting point, 6 tile shapes will be created and used to pack the façade area of the building.This way the original geometry of the windows and the old façade then becomes an integral part of the new design. We feel this is a respectful and innovative approach which, not having to change the window dimensions, saves money, time and disruption on the wards.

First stage submission can be downloaded here as Pdf.

The refurbishment forms part of a wider programme, due to be completed in 2014, which will incorporate a new ward block, helipad and welcome centre.