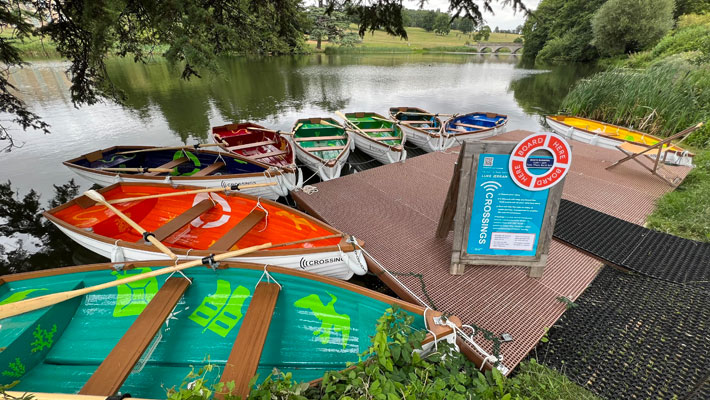 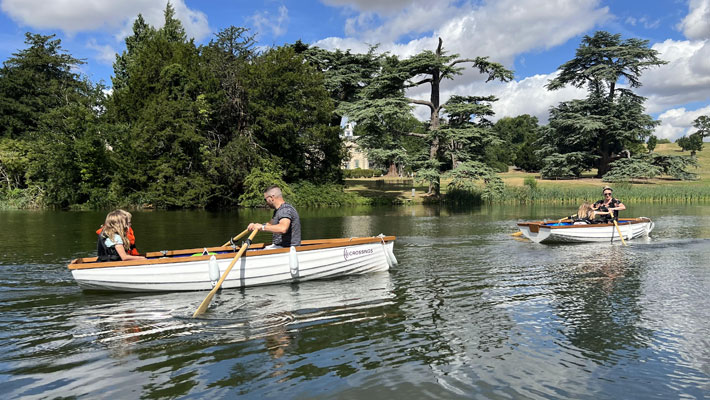 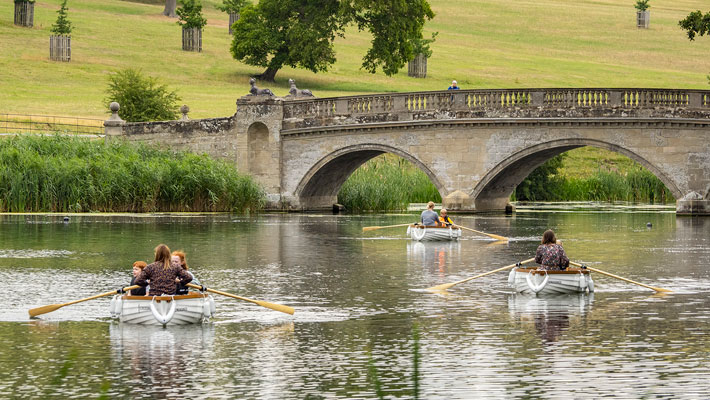 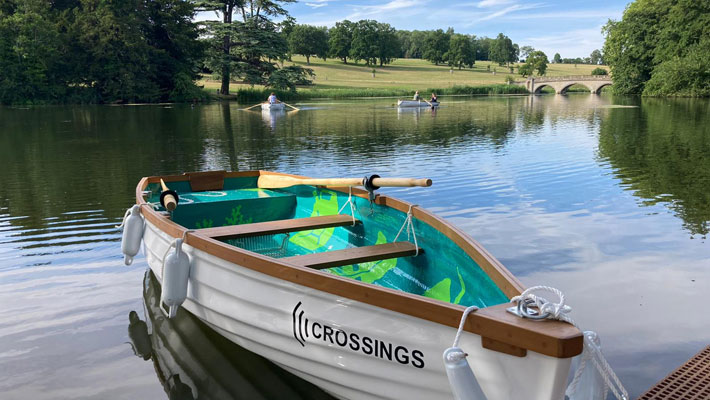 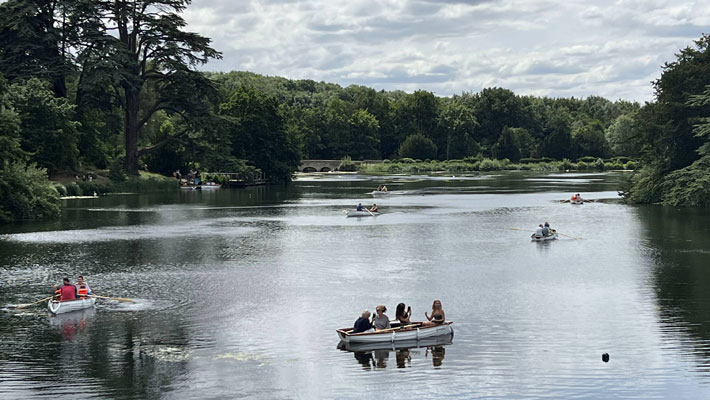 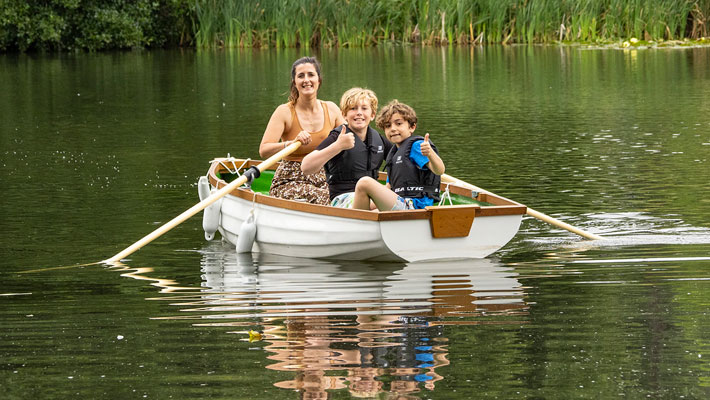 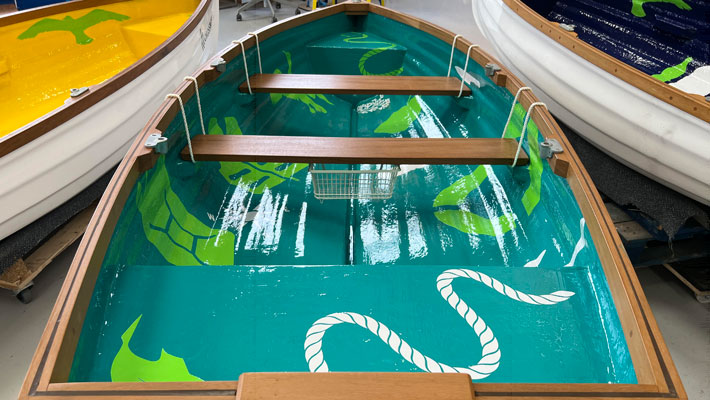 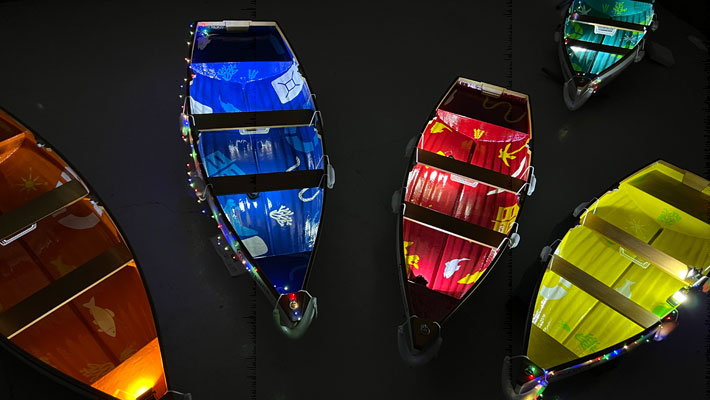 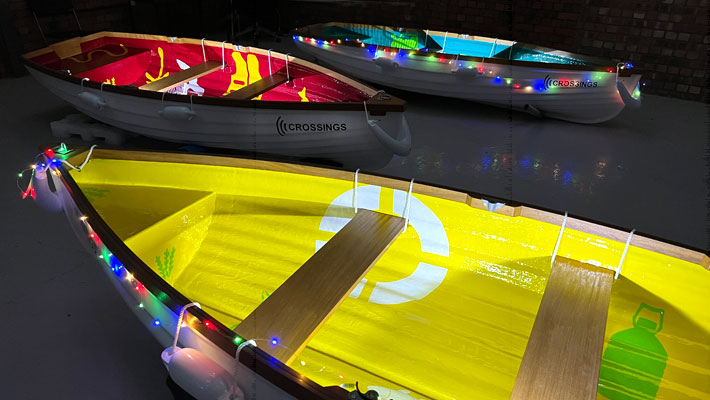 Crossings is a new installation artwork by Luke Jerram in collaboration with BBC Radio4 producer Julian May, which has been commissioned by Compton Verney for presentation this summer, 19 July – 4 September 2022.

The installation consists of 9 rowing boats on the lake at Compton Verney. Each of the boats plays audio of stories from around the world. In choosing a story and rowing out into the lake for 30 minutes you will be taken on an audio journey, transported to another life and circumstance. The action of rowing and the live sounds this action creates, blends with the recorded audio, to help create a truly engaging and immersive experience.

The boats have been decorated with imagery relating to the stories.

After Compton Verney, we hope the artwork will tour to other venues to be presented in lakes, canals and docklands across the UK.

Symbolism of boats
Boats can be a form of transport, a vehicle to enable work, a method of escape, a tool of employment. They are a way of connecting people and places.  They can simply be an object of leisure. Boats are symbolic of journeying into the unknown and of the journey of life.

With Thanks
Funding for this artwork has come from the Arts Council of England and Compton Verney.

Being on a boat that’s moving through the water, it’s so clear. Everything falls into place in terms of what’s important and what’s not.

We are imprisoned in the realm of life, like a sailor on his tiny boat, on an infinite ocean.